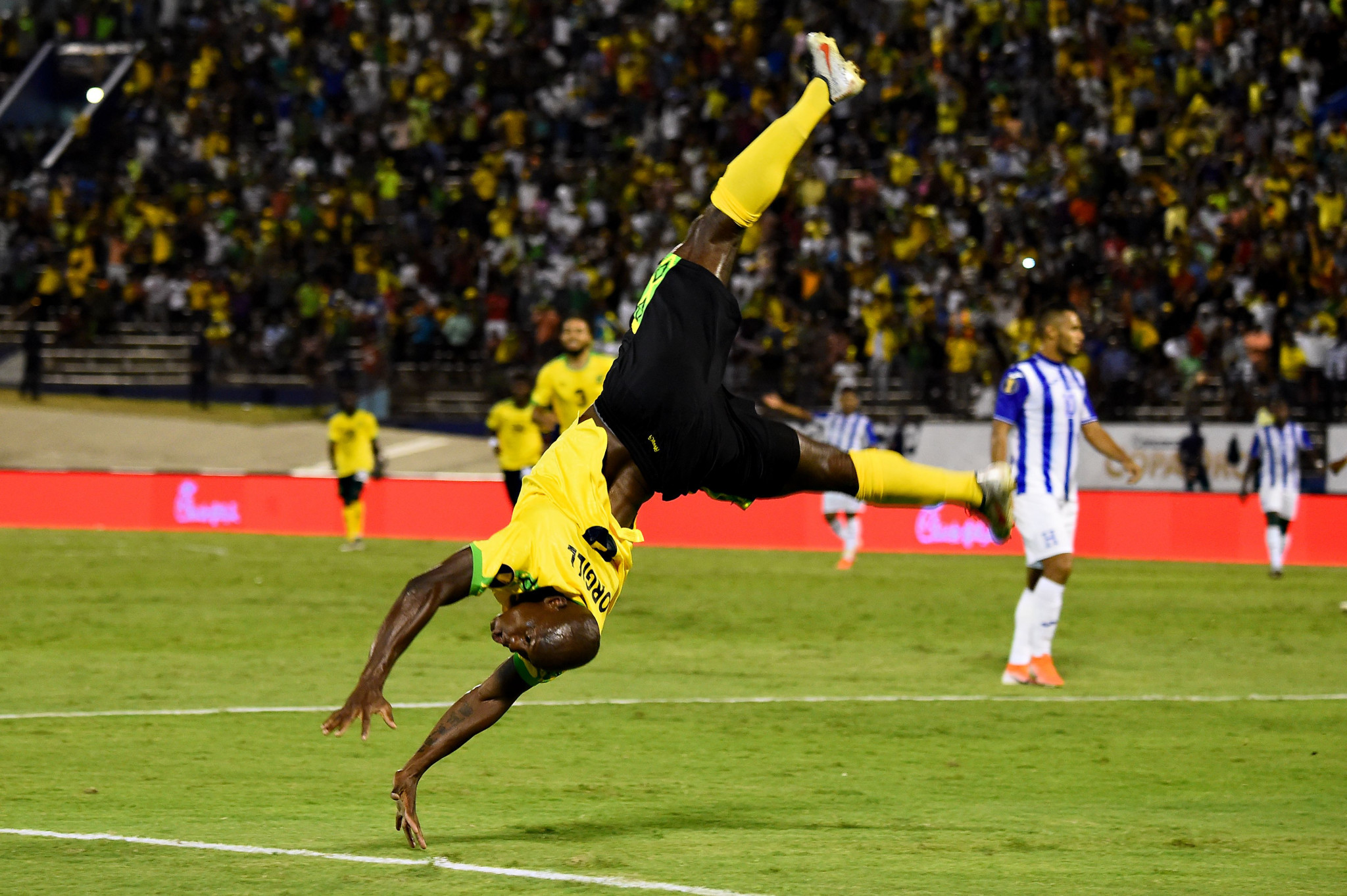 Jamaica delighted their home fans by claiming a thrilling 3-2 victory over Honduras on day three of the Confederation of North, Central American and Caribbean Association Football Gold Cup.

Dever Orgill scored twice in the Group C victory at Kingston's Independence Park as the Caribbean side made the best possible start to the tournament.

The vast majority of the Gold Cup is being played in the United States but both Costa Rica and Jamaica are hosting one round of group fixtures each.

Costa Rica thrashed Nicaragua 4-0 in their home game in San José yesterday and today Jamaica also made full use of familiar surroundings by edging an entertaining contest.

Orgil, who plays as a striker for Turkish club Ankaragücü, tapped in his first at the back post after 15 minutes when Honduras keeper Luis Lopez could not get Peter Vassell's shot to safety.

It was 2-0 four minutes before the break as Orgil finished off a fine Jamaican move to send the majority of the near 18,000-crowd into hysterics.

Honduras hit back in the 54th minute as Alberth Elis teed up Antony Lozano to score but Jamaica almost immediately responded as Damion Lowe headed home to make it 3-1.

A nervy finished ensued for the hosts when Rubilio Castillo scored for Honduras in the second minute of stoppage time but Jamaica, the runners-up at the last two Gold Cups, held on.

They have gone top of the group on goals scored after the other Group C match in Kingston ended in a 1-0 win for El Salvador against Curaçao.

A tight game was decided in the second minute of stoppage time as Nelson Bonilla finished clinically to ensure the three points.

Group C will now head to the BBVA Stadium in Houston on Friday (June 21) with El Salvador meeting Jamaica and Curaçao taking on Honduras.

Tomorrow will see Group D begin with hosts and defending champions the US beginning their quest for a seventh Gold Cup against Guyana.

Panama will meet Trinidad & Tobago in the group's other clash with both games at Allianz Field in Saint Paul.