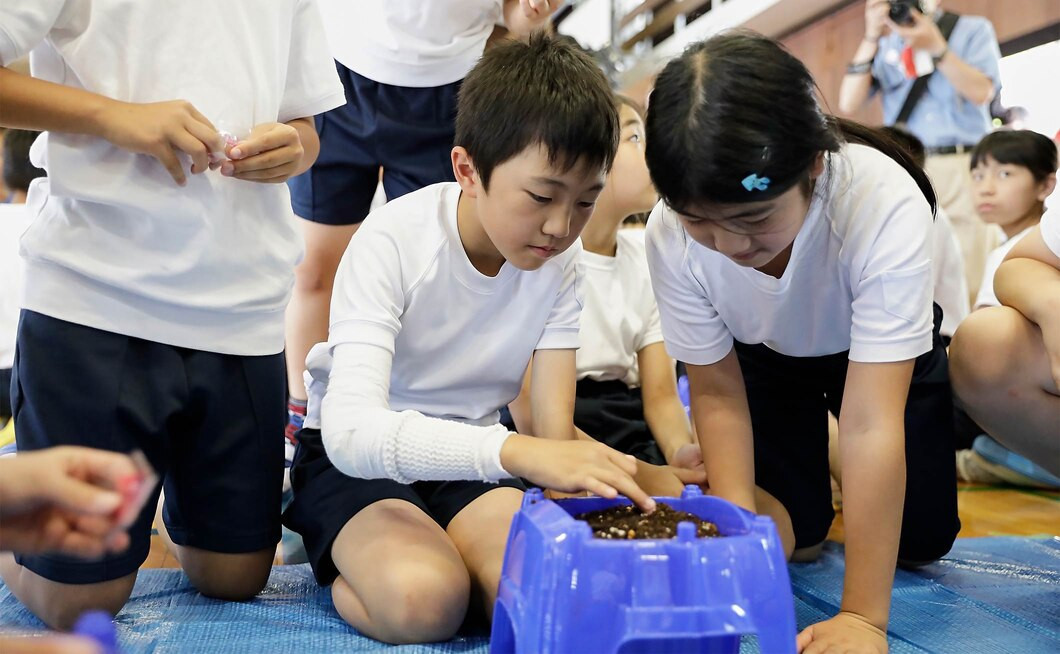 Schoolchildren in areas hosting next year's 2020 Olympic and Paralympic Games in Tokyo will grow flowers that will be used in security screening areas at venues during the Games.

The initiative will see schoolchildren grow around 40,000 flowers, to be used instead of the traditional partitions in spectator security areas.

Personal messages will be attached to each flower, which spectators can read as they wait to go into the venue.

Volunteers will look after the flowers during the Games and they will either be returned to schools or donated to volunteers and officials when the competition ends.

"When we talk about ‘security’ it tends to invoke rather a strict image, quite the opposite of ‘hospitality’, and so with this initiative we intend to project the hospitality that emanates from the hearts of children," Tsuyoshi Iwashita, executive director of the Tokyo 2020 Organising Committee's Security Bureau, said.

"When we talked to people who were elementary school students at the time of the Tokyo 1964 Games, we often heard they had vivid memories of that time.

"I believe that when children who participate in this project become adults, they will look back on their cultivation of these flowers with pride."

Details of the project were revealed as three schools in Fujisawa planted seeds for the Japanese Morning Glory flower.

Environmentally-conscious company Earth Corporation, who are sponsoring the initiative, taught the children to grow plants and flowers.

"I hope that also visitors from other countries will enjoy seeing our Japanese Morning Glory flowers while waiting to enter venues," said pupil Sorato Koimaru.

The project is due to be trialled at two test events this summer.

It is scheduled to appear at a beach volleyball competition at Shiokaze Park from July 24 to 28 and for the sailing at Enoshima Yacht Harbour from August 17 to 22.

The Olympics are set to take place from July 24 to August 9 next year, with the Paralympics scheduled for August 25 to September 6.