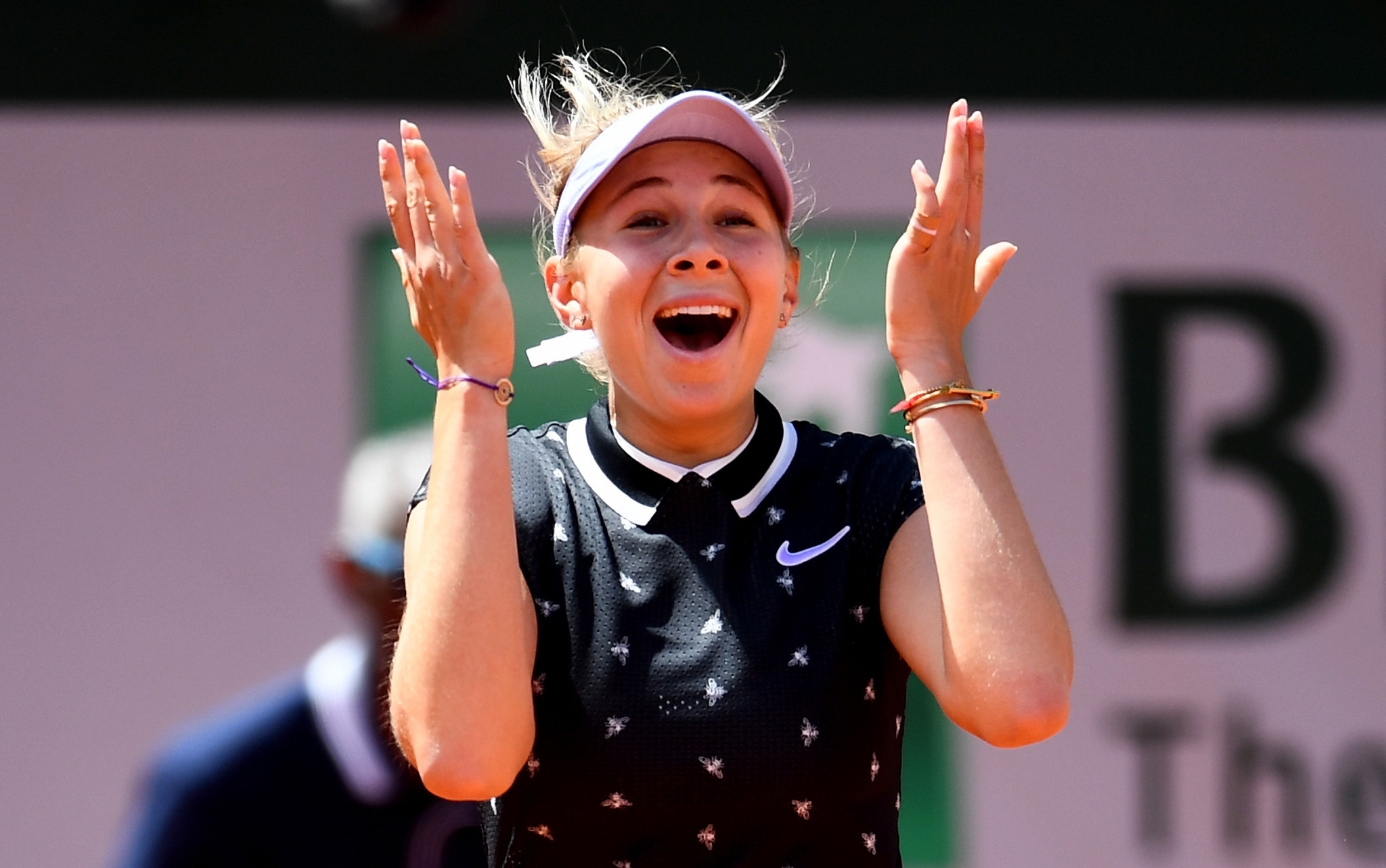 Simona Halep's title defence was left in tatters as she bowed out of the French Open to unseeded 17-year-old Amanda Anisimova in their rain-delayed quarter-final.

American Anisimova is only contesting the main draw at Roland Garros for the second time and her fairytale continued under sunny skies on Court Philippe Chatrier.

Ranked 51st in the world, the teenager stormed through the first set 6-2.

Third seed Halep raised her level but was no match for the tenacity of Anisimova, who commanded the court for a 6-2, 6-4 victory.

She will face eighth seed Ashleigh Barty in the last four after the Australian saw off 14th seed Madison Keys 6-3, 7-5.

Halep's defeat means the women's draw is wide open with all four remaining players making their first appearances in the Roland Garros semi-finals.

Torrential rain caused a washout of Wednesday's schedule, which meant men's top seed Novak Djokovic had to wait for his quarter-final against Alexander Zverev of Germany.

The win puts the Serbian just two matches away from holding all four Grand Slam titles at the same time.

In the semi-finals he will take on fourth seed Dominic Thiem, a runner-up at Roland Garros 12 months ago.

Austrian Thiem, who will contest his fourth successive French Open semi-final, was in dominant form as he ousted Russian 10th seed Karen Khachanov 6-2, 6-4, 6-2.

In a shake up of the weather-affected schedule, tomorrow will see both the men's and women's semi-finals contested.

It is the first time since the French Open in 2012, that Roger Federer, Rafael Nadal and Djokovic have all reached the semi-finals of a Grand Slam.