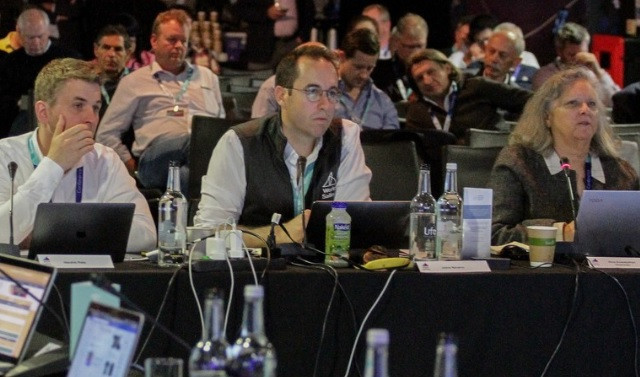 RS:X could be dropped as the equipment for the windsurfing events at the Paris 2024 Olympic Games after the World Sailing Equipment Committee rejected a recommendation made by the Board of Directors.

The RS:X, the Olympic equipment for the men's and women's windsurfing competition since Beijing 2008, was set to be rubber-stamped at World Sailing's mid-year meeting in London this weekend.

But the committee turned down the verdict of the Board of Directors and instead proposed that World Sailing's ruling Council "seek new equipment".

The committee also called for sea trials to be conducted "against an updated set of criteria".

The surprise recommendation comes after Dutch world and Olympic windsurfing champion Dorian van Rijsselberghe criticised the proposal to retain the RS:X for Paris 2024.

According to Sail World, Van Rijsselberghe wrote a letter to the Council in which he claimed World Sailing would be acting against the "best interests of the sport" if it did not hold sea trials to determine the equipment.

The committee also proposed the International Kiteboarding Association Formula Kite Class as the equipment for the mixed kiteboard event.

The committee recommended RS Aero, which won the trials held earlier this year, as the equipment in the class following a vote at its meeting in London.

The evaluation panel said the RS Aero and laser were the two suitable equipment for the one-person dinghy competitions.

But the Equipment Committee were able to vote on four – RS Aero, laser, D-Zero and Melges 14.

RS Aero got a majority of eight votes in the first round, meaning it has been recommended for ratification as the equipment at tomorrow's meeting of the ruling Council.

There were three votes for laser, despite a dispute in the class sparked by the International Laser Class Association ending a build agreement with its largest manufacturer, LaserPerformance.

Insiders believe it has contributed to laser, the Olympic equipment in the one-person dinghy since Atlanta 1996, being replaced.

The 470 class is set to remain the two-person dinghy equipment following a recommendation from the World Sailing evaluation panel.

The 470 had faced a challenge from Melges Boat Works but they withdrew, leaving the 470 as the sole tender.