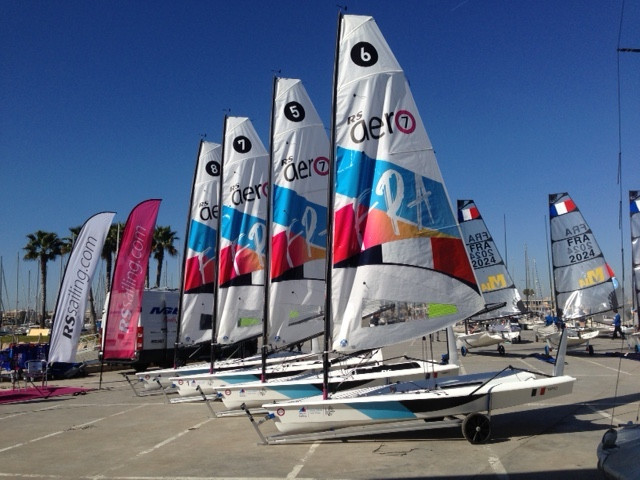 The RS Aero has won World Sailing's sea trials for the equipment to be used for the men and women's one person dinghy event at the 2024 Olympic Games in Paris.

World Sailing decided to re-evaluate the equipment used in the one person dinghy event in November 2017, launching a tender process for manufacturers in May 2018.

Sea trials were then hosted in Spain from March 11 to 15 to evaluate the equipment options.

The RS Aero received the highest score from these trials, reported Sail-World.

The Melges 14 got the lowest score of 52 per cent.

"The equipment is deemed suitable for Olympic competition," the World Sailing Evaluation Panel said of the RS Aero.

"The boat was described as fun, fast and appealing with simple and well executed concepts which were appreciated by the member national authority sailors."

The RS Aero was launched in 2014 after three years of development.

"RS Sailing is delighted that the RS Aero is the clear overall top scorer in the World Sailing Evaluation Panel report into equipment for the Olympic men's and women's one person dinghy event," Alex Newton-Southon, chief executive of RS Sailing, said.

"We are impressed by the comprehensive report and thoroughness of the Evaluation Panel in conducting the process and proud of the recognition that the RS Aero received in all areas, including that the RS Aero exceeded all others in terms of quality and durability.

Newton-Southon added: "We are passionate about the future, not just about RS Sailing, but also about the sport itself.

The World Sailing Council will now vote on whether to keep the existing equipment for Paris 2024 or take the advice of the Evaluation Panel.

The vote is due take place on May 19 at the World Sailing mid-year conference in London.

The result comes during a dispute between the International Laser Class Association and Laser Performance, the world's main supplier of laser boats in Europe and Asia.

According to the ILCA, Laser Performance "breached the terms" of the laser construction manual agreement.

This agreement aims to ensure all laser boats are identical, regardless of where they are built.

Laser and laser radial are currently used for the one-person events in the Olympics, but the results of the sea trials could see that change.

Marseille is due host the men and women's one-person dinghy competition during the 2024 Olympic Games, alongside the other sailing events.