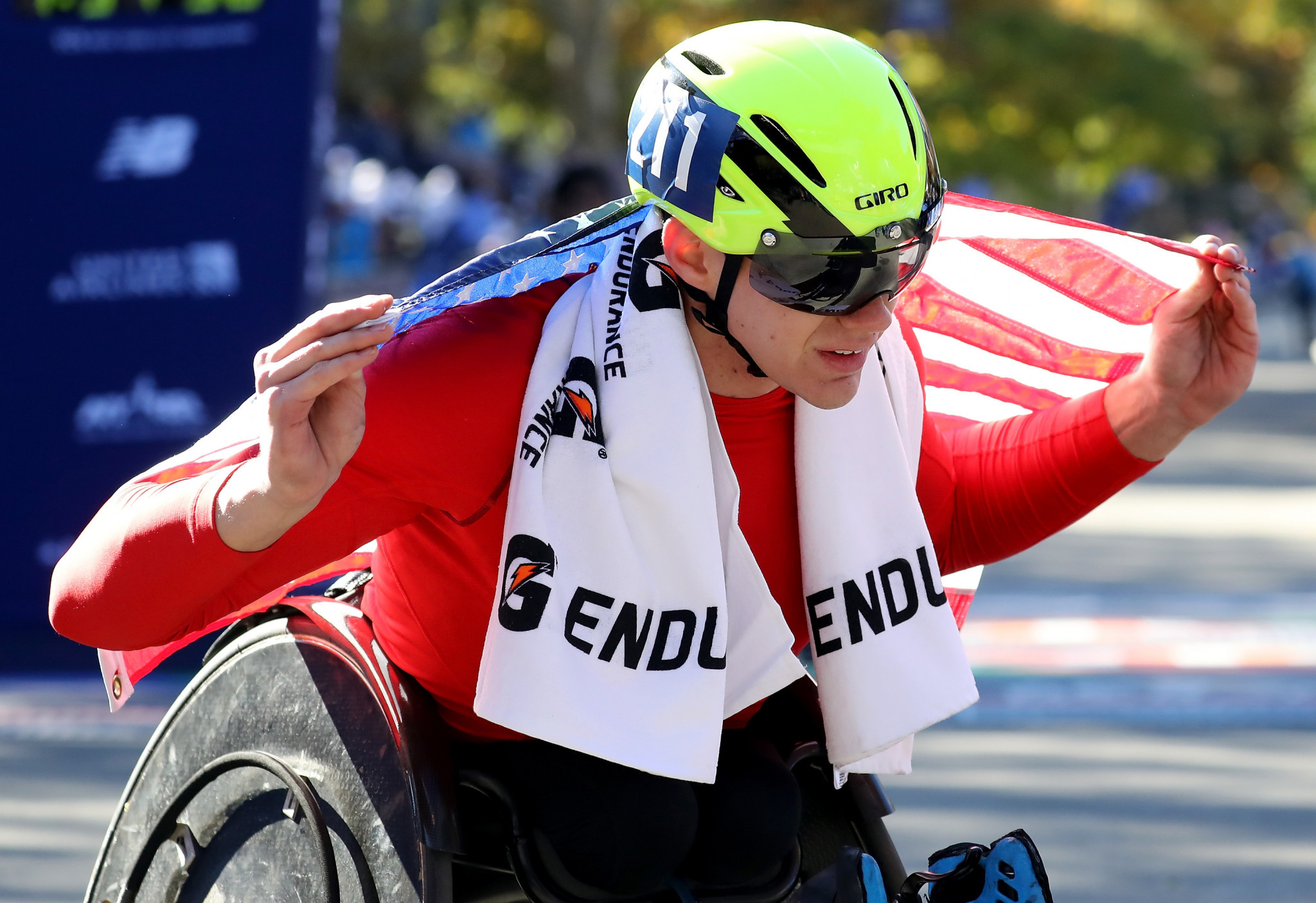 Daniel Romanchuk became the first-ever American and the youngest athlete to win the men's wheelchair event at the New York City Marathon today.

It marked his second World Marathon Majors race victory, coming less than a month after he won the Chicago Marathon.

"I'm very surprised," Romanchuk said on ESPN2 after his triumph.

"I never expect to win a race, [and instead] I just go in with a goal that I can control."

Romanchuk failed to make the finals in any of his track and field events when he made his Paralympic debut at Rio 2016.

But he has quickly become one of the must-watch athletes in the global Paralympic Movement with his win in Chicago, his first-ever major marathon victory, being preceded by a third-place finish in London in April.

"A lot of things have been going right and coming together in the last year," Romanchuk said.

"The coaching, the training... this is an amazing experience to win two major marathons in a row.

"It still hasn’t sunk in yet."

In the women's wheelchair event, Switzerland's Manuela Schaer claimed her second consecutive title at the New York City Marathon in 1:50:27.

It marked her third successive World Marathon Majors race victory in Series XII, having already won in Berlin in September and in Chicago last month.

"I just gave everything I had left for that pretty little downhill in the park, and I was actually finally able to get away a little bit," she said.

"I still can't believe it was enough."

Romanchuk and McFadden both earned bonus points on the World Marathon Majors leaderboard by being the first wheelchair athletes to pass the 20 kilometres mark.

That is part of the new bonus points sprint competition for Series XII.