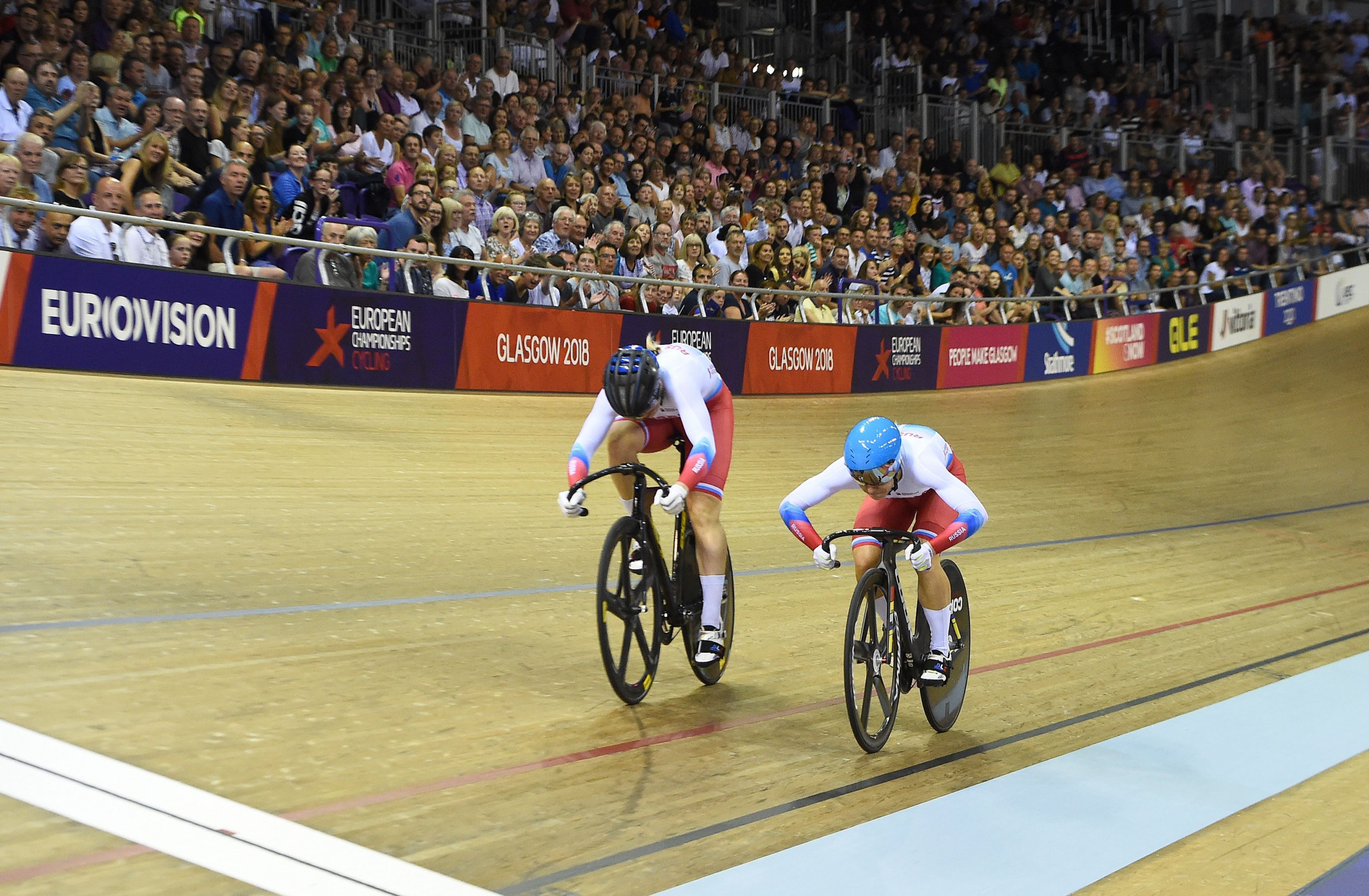 Shmeleva and Anastasiia Voinova had won team sprint gold together two days ago, but the duo would become rivals in the individual event.

The competition resumed in the semi-final stage, with the early rounds having taken place yesterday.

Shmeleva saw off the challenge of France’s Mathilde Gros in straight rides to book her place in the final, with Voinova achieving the same feat in her clash with Germany’s Miriam Welte.

A tight first ride of the gold medal contest saw Shmeleva narrowly edge her compatriot to close on victory.

Shmeleva would battle past Voinova in the second ride to clinch the individual European sprint title for the first time in her career.

Gros added to the silver medal she earned in the event in 2017 by beating Welte in straight rides in the bronze medal contest.

Germany’s Domenic Weinstein triumphed in the men’s individual pursuit competition to upgrade from the bronze medal he earned in front of a home crowd in Berlin last year.

Weinstein would achieve a time of 4min 13.073sec in qualification to secure a place in the gold medal ride.

He would face a tough task with Portugal’s Ivo Oliveria having been just 0.5 seconds slower in the morning ride.

The German rider was able to back up his earlier effort to clinch victory in a time of 4:13.363, replicating compatriot Lisa Brennauer’s triumph in the women’s event yesterday.

Oliveria finished in 4:15.304, but was able to celebrate earning Portugal’s first medal of the Championships by taking the silver.

Claudio Imhof rounded off the podium places as the Swiss rider beat Russia’s Alexander Evtushenko in the bronze medal ride by clocking 4:16.654.

Hosts Britain celebrated their third cycling gold of the Championships, with Laura Kenny triumphing in the elimination race.

Kenny had already earned gold as part of Britain’s women’s team pursuit squad and sought to win the 11th European title of her career.

The 26-year-old has developed a reputation for winning the elimination race as part of the omnium competition.

She was able to win the standalone event, as Kenny negotiated her way through the competition before beating her final opponent Anna Knauer of Germany.

Evgenia Augustinas of Russia was eliminated prior to the final showdown, with the Russian taking bronze.

The victory continued Kenny’s comeback having given birth to her son Albie last year, with the Briton claiming she did not have much sleep last night but has now become used to it.

"No we didn't really, it was actually quite bad,” she said.

"You just get used to it, though.

"Seriously, he didn't actually fall asleep at all last night the little sod, but you know, you get used to it.

"I don't even feel like I've had a lack of sleep anymore, I just come in and get on with it."

Poland’s Woijciech Pszczolarski produced an outstanding performance to be crowned winner of the men’s points race.

Pszczolarski was able to take four laps during the race, with each adding 20 points to his score.

He was rewarded for his constant attacks with a large cushion over his rivals, as he sealed victory with a final tally of 102 points at the end of the 25 kilometre race.