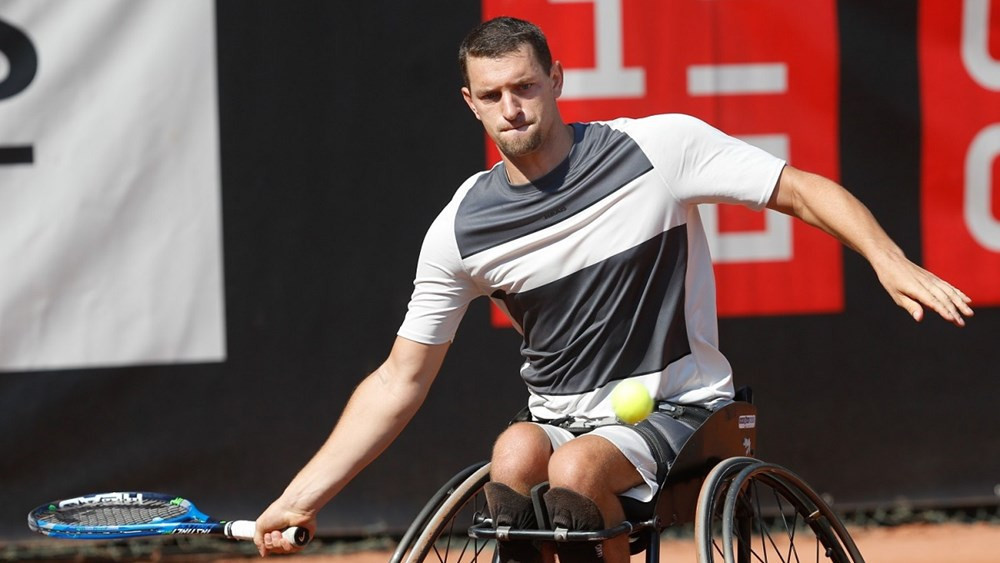 The Argentinian Fernandez has won the tournament four times before, including last year and was also the number one seed this week, meaning Gerard was the underdog in today’s match.

One break eventually proved enough to see him take it 6-4.

Losing the first set seemed to knock Gerard's confidence, while simultaneously Fernandez kicked on, quickly breaking twice more to take a 3-0 lead in the second set.

Gerard did eventually get on the scoreboard to make it 4-1 though and then a brief lapse in concentration from the number one seed helped Gerard break for 5-3.

Losing his serve seemed to wake Fernandez up, however, as he immediately broke back to love to seal the set 6-3, thereby taking the title in a relatively comfortable straight sets win, 6-4, 6-3.

In the women's singles the all-German final was taken by the number two seed Sabine Ellerbrock, who beat the fourth seed Katharina Kruger, 6-2, 7-5.

Ellerbrock should have been the less fresh of the two players, as Kruger only played one set of her semi-final before her opponent Aniek van Koot from The Netherlands withdrew.

If Ellerbrock was less tired it did not show, as she took the first set comfortably.

Kruger did then put up more of a fight in the second set but Ellerbrock’s win never looked in too much doubt.

In the only other match of the day number one seed in the quad singles David Wagner sealed that title 6-4, 6-2 against Heath Davidson from Australia.

In winning that match Wagner from the United States grabbed his second ITF Wheelchair Tennis Tour title in succession, having won the British Open last week in Nottingham.