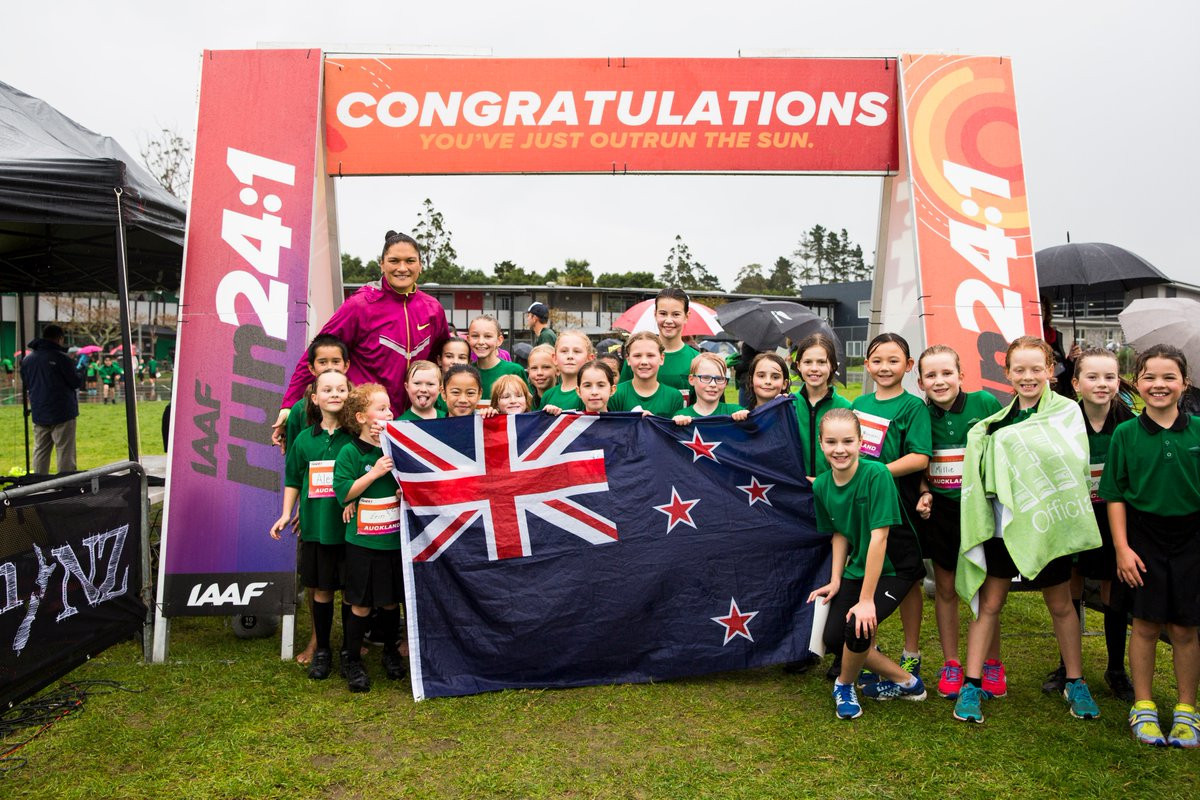 Twenty-four cities across the world are hosting races today as part of the International Association of Athletics Federations (IAAF) Run 24:1 initiative on Global Running Day.

The IAAF have partnered with Sports Ministries, City Governments and member federations across the globe to hold runs across 15 time zones.

It means thousands of amateur runners will bid to "outrun the sun" during the day.

The first run of the day began at 5pm local time in Auckland, New Zealand, with 24:1's trip then including the likes of Sydney, Australia and Japanese capital Tokyo.

In Europe, action will start in the Belarusian capital Minsk and also include a run in London, with the Ethiopian capital Addis Ababa among African venues.

The final stage of the event will see the Americas get involved with runs included in cities such as São Paulo, Brazil, and Buenos Aires, Argentina.

The final race of the day takes place in Vancouver on Canada's west coast after action in Los Angeles.

Runners are tackling the mile distance.

"Our Member Federations have been exceptional in offering to coordinate and organise this new global event," said IAAF President Sebastian Coe.

"My thanks to all of them for making this campaign happen and to the race organisers and cities who have all come on board so enthusiastically.

"Running is accessible to everyone.

"It can be fun, competitive, social or solitary.

"Together with our Member Federations and our athletes we want to find new ways to inspire individuals and communities to get involved with athletics.

"We hope this event will be the start of an annual event that will unite runners around the world in support of Global Running Day."

Team captains have been appointed in each city to help spread the world, including Ethiopia's multiple world and Olympic champion distance runner Haile Gebrselassie in Addis Ababa.

"It's only one mile, it's going to be wonderful," he said.

Christian Coleman, Emma Coburn, Karsten Warholm, Elijah Manangoi and Dawn Harper-Nelson are other athletes to back the initiative.