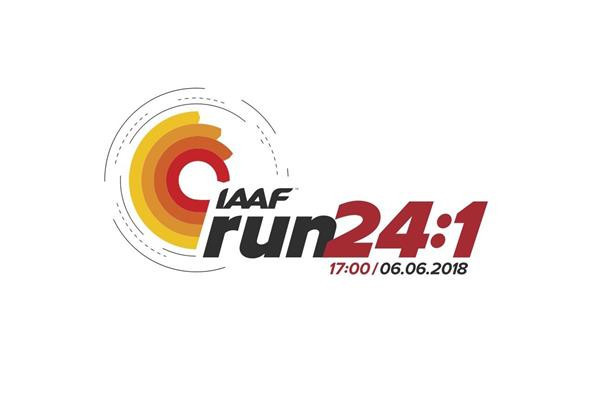 The International Association of Athletics Federations (IAAF) have announced the organisation of IAAF Run 24:1, which will see 24 one-mile runs take place around the world on June 6 as part of Global Running Day.

The IAAF have partnered with Sports Ministries, City Governments and member federations across the globe to hold runs across 15 time zones.

The first run will begin at 5pm local time in Auckland, New Zealand, before crossing to Sydney, Australia, and the Japanese capital Tokyo.

In Europe, action will start in the Belarusian capital Minsk and also feature a run in London, with the Ethiopian capital Addis Ababa among African venues.

The final stage of the event will see the Americas get involved with runs included in São Paulo, Brazil, and Buenos Aires, Argentina.

The final race of the day takes place in Vancouver on Canada's west coast.

IAAF President Sebastian Coe said: "Running is accessible to everyone, it is fun, it is competitive.

"It is testing, it is personal but most of all it builds strength, stamina, fitness and health.

"It is the mother of all sports.

"On Wednesday 6 of June, we want as many people as possible to celebrate Global Running Day - the biggest annual celebration of running."

Each of the 24 races will be led by a designated "City Captain", a former or current athlete who will attempt to spread awareness of the initiative in the local area.

"There are countless ways people around the world can take part in the day's festivities this year - from these 24-one mile runs to a virtual race – in order to embrace running as a way to get healthy and fit."

The full list of 24 cities can be found here.