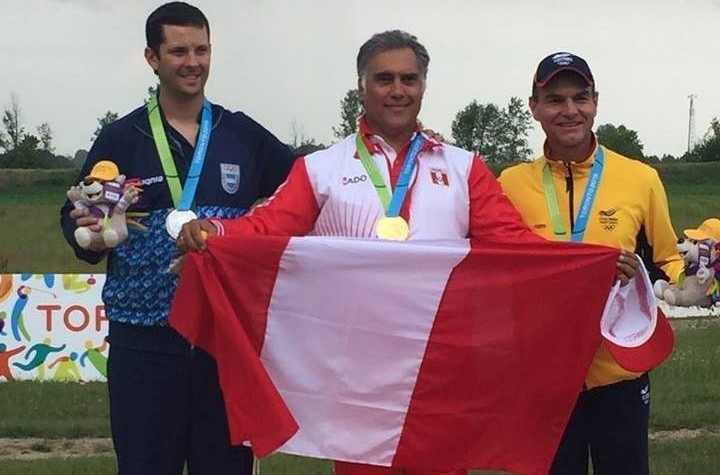 Former Peruvian Olympic Committee (COP) secretary general and Olympic silver medallist Francisco Boza Dibós has avoided being sent to jail after the dismissal of a prosecutor's office request but has still had his rights restricted as a hearing continues.

The 52-year-old, an Olympic silver medallist at Los Angeles 1984 in trap shooting, is being investigated in relation to his alleged links to Martin Belaunde, a businessman and former Presidential advisor currently in jail for corruption and embezzlement.

Boza supposedly asked Belaunde to use his influence in Congress to approve funding for the 2013 Bolivarian Games in Trujillo while he was head of the Peruvian Institute of Sports.

This allegedly led to Spanish construction company Antalsis, a client of Belaunde, being awarded the contract to redesign the Elias Aguirre Stadium.

Boza, who carried the Peruvian flag at the Opening Ceremonies of Athens 2004 and Rio 2016, denies all wrongdoing but admitted he made a "mistake" in trusting Belaunde.

It was announced a year ago that he faced five years in jail but he was instead serving secured residency.

Supra-provincial prosecutor's office specialised in corruption officials then announced last week following an appeal that he should be sent to jail for an 18 month sentence as the probe continued.

This decision has now been dismissed by the Second National Criminal Appeals Chamber, Peruvian media including El Comercio have reported, who instead said that he must remain with restricted freedom.

This means that he is not allowed to change his address or leave the country and must sign in with the investigation court every 30 days.

As well as being a leading official at the COP, he also served as President of the Peruvian Institute of Sports between 2011 and 2014.

Former COP President José Quiñones has also defended himself against corruption allegations after being fiercely criticised in November by his successor, Pedro del Rosario Delgado.

Quiñones was banned last December by Peru's national sports court from holding any sporting position in the country for five years and was replaced as COP President in June.

He was sanctioned for corruption offences including the alleged misuse of public money but insists his "fundamental rights to due process and a fair trial were not respected".