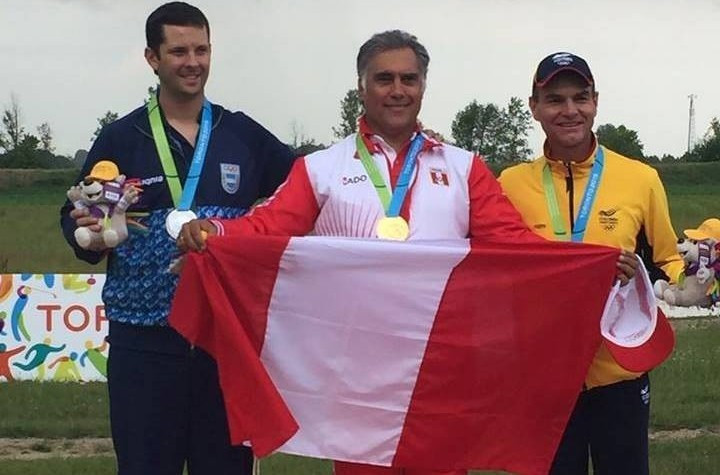 The 52-year-old, an Olympic silver medallist at Los Angeles 1984 in trap shooting, carried the Peruvian flag at the Opening Ceremonies of Athens 2004 and Rio 2016,

As well as being a leading official at the COP, he also served as President of the Peruvian Institute of Sports between 2011 and 2014.

Leaked emails allegedly showed a connection to Martin Belaunde, a businessman and former Presidential advisor currently in jail for corruption and embezzlement.

Boza supposedly asked Belaunde to use his influence in Congress to approve funding for the 2013 Bolivarian Games in Trujillo while he was head of the Peruvian Institute of Sports.

This allegedly led to Spanish construction company Antalsis, a client of Belaunde, being awarded the contract to redesign the Elias Aguirre Stadium.

Boza denies all wrongdoing but admitted he made a "mistake" in trusting Belaunde.

"I reiterate my innocence," he told Peru 21.

"I trust in justice because there is justice in the country.

"There are things that the prosecutor’s office cannot specify.

"We will continue the process to wait for the resolution."

Boza competed at every Summer Olympic Games between Los Angeles 1984 and Athens 2004 before resuming training in 2014 after standing down from his Institute of Sport role.

It remains very possible that the case could ultimately result in no charges but is the latest incident in a worrying clash between sports officials and political authorities.

COP President José Quiñones has been given until the end of the month to pay the Pan American Sports Organization a sum of $3.3 million (£2.5 million/€3 million), owed as payments for Lima 2019 rights fees, which was originally due in 2014.

insidethegames understands that he is still locked in a struggle to receive Government funding over a dispute surrounding a separate payment also owed for the 2013 South American Youth Games held in Lima.

Lima is due to host September's International Olympic Committee Session at which the host city for the 2024 Summer Olympic and Paralympic Games is due to be chosen.

The capital city is also due to host the 2018 Karate World Championships.

World Karate Federation President Antonio Espinós has, however, admitted that the event could be moved elsewhere amid problems with the proposed venue.

A decision will "hopefully be made in the the coming weeks".