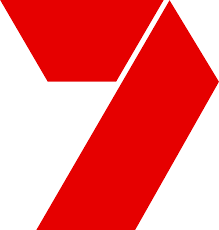 Pyeongchang 2018 will be the first edition of the Winter Paralympic Games to be broadcast on a commercial television network in Australia after the Australian Paralympic Committee (APC) signed a deal with Seven Network.

An agreement has been reached between the APC and Seven Network, Australia’s most-watched broadcast television platform, to show the Games.

The deal will see Seven Network, owned by Seven West Media, deliver coverage of Australia's Winter Paralympic athletes during the Games across the company's television, digital and print media assets.

Coverage will include a daily highlights show on 7MATE every morning, while 7TWO and Channel 7 will also broadcast a highlights programme.

"Today is a proud day for the Australian Paralympic Movement as it continues our ground-breaking partnership with Seven West Media," APC President Glenn Tasker said.

“Seven did an outstanding job in broadcasting the Rio 2016 Paralympic Games and we’re very excited to have their full support once again as we work towards sharing the stories and successes of Australia’s Paralympic Winter athletes at the Pyeongchang 2018 Games.

“We’re grateful for Seven Network’s commitment to Paralympic sport and for their pursuit to embrace the values of the Paralympic Movement across their organisation at all levels.

“The APC believes it is a partnership that can make a truly meaningful impact for Australians with a disability and can positively shape perception of people with disabilities within the Australian community.”

Australia are set to participate in Alpine skiing and snowboarding during the 2018 Winter Paralympic Games, scheduled to run from March 9 to 18.

The country has won a total of 30 Winter Paralympic Games medals, including two at the 2014 event in Sochi.