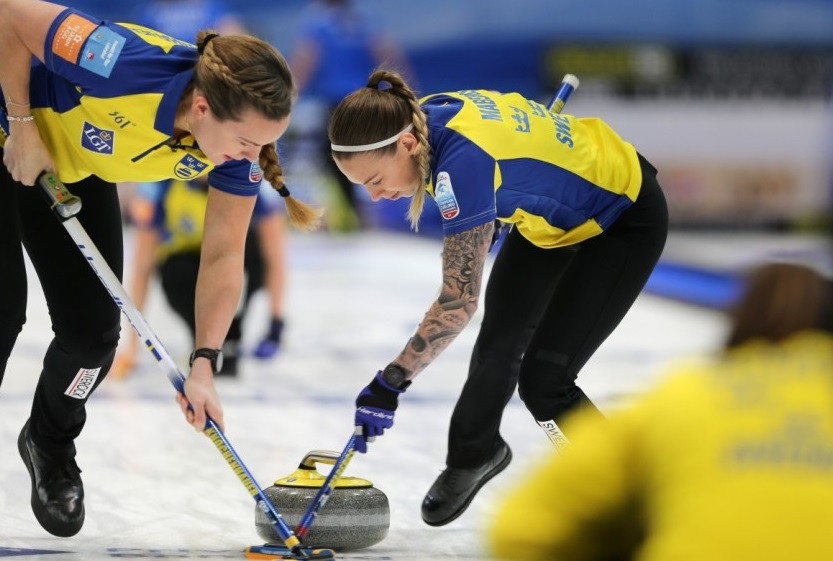 Sweden and Scotland will contest the gold medal match at the European Curling Championships after both teams won their semi-final contests in St Gallen.

The Swedish team maintained their unbeaten run at the tournament by beating Italy 7-3, while Scotland overcame Switzerland 7-5 at the Eissportzentrum Lerchenfeld.

The two sides will clash for the title tomorrow.

Sweden are also due to face Scotland in the final of the men's tournament.

Scotland went in front early on in the first women's semi-final after they claimed a two-point steal.

Their lead did not last long, however, as hosts Switzerland hit back to move 3-2 ahead after four ends.

Eve Muirhead drew her last stone into the house to score three points and take the lead again in the ninth, before the Scottish rink scored a seventh point in the tenth end to wrap up victory.

"It's been a few years since we've been in the final.

"Sweden are unbeaten - they are a tough team and we know they're going to be tough to beat.

"We're going to have to play one of the games of our lives to beat them."

Sweden, who had won their previous nine matches in a row at the event, opened the scoring in the first end of their game against Italy with a score of two points.

It set the tone for another dominant victory for the Swedish team, who last clinched the European title back in 2013.

Skip Anna Hasselborg hit out an Italian stone to score three in the seventh end to give them a healthy 6-2 advantage before the two sides traded points late on.

"It feels great, we've been playing great all week so we're happy we had the patience to make it to the final," said Hasselborg.

"We were the more experienced team and that was the difference.

"We just want to play a really good game in the final."

Switzerland's men delighted the home crowd by taking the bronze medal thanks to a 6-5 win over Norway.

Italy had earlier denied the host nation victory in the women's third place play-off after they beat Switzerland 7-6.