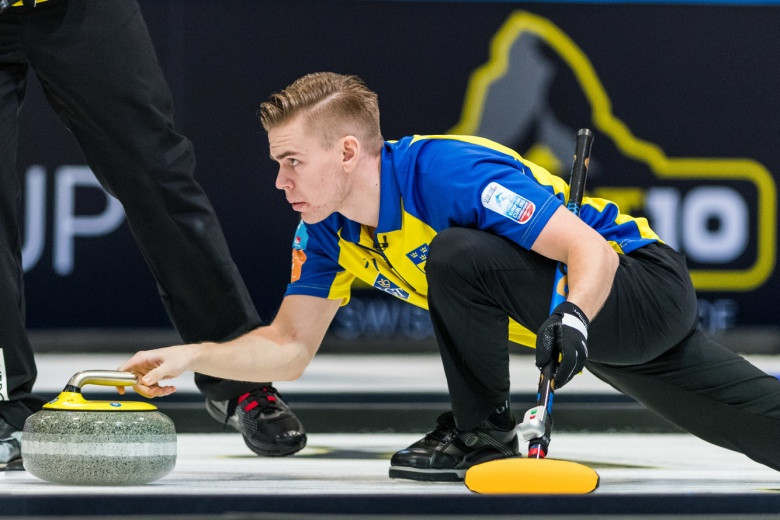 Defending men's champions Sweden booked their place in the play-off round at the European Curling Championships after they edged Norway 9-7 in St Gallen.

Sweden joined Switzerland in progressing to the next stage with a narrow success at the Eissportzentrum Lerchenfeld.

The Swedish outfit, led by Niklas Edin, have a seven win and one loss record and currently sit in second place on the leaderboard.

Switzerland remain top as they maintained their 100 per cent start to the event with a 9-4 victory over Scotland.

A semi-final place was on offer to the winners in Sweden's clash with Norway and Edin's team began brightly with a four-point score early on.

It set the platform for a tense triumph for Sweden, who were able to hold firm against their Scandinavian rivals to guarantee their participation in the medal round.

"It was really important to get a good start against Norway, they are a strong team, especially when they get going," said Edin.

"We got a four out of the first end and that made it easier for us – we could play the easy shots and they had to play the tough ones.

"They were going all in for almost every end, but we just had to keep calm.”

Scotland and Switzerland reached the play-off round of the women's event with victories in today's morning session.

Sweden, who had already qualified, kept up their unbeaten record as they claimed their seventh straight win by beating Russia 6-5.