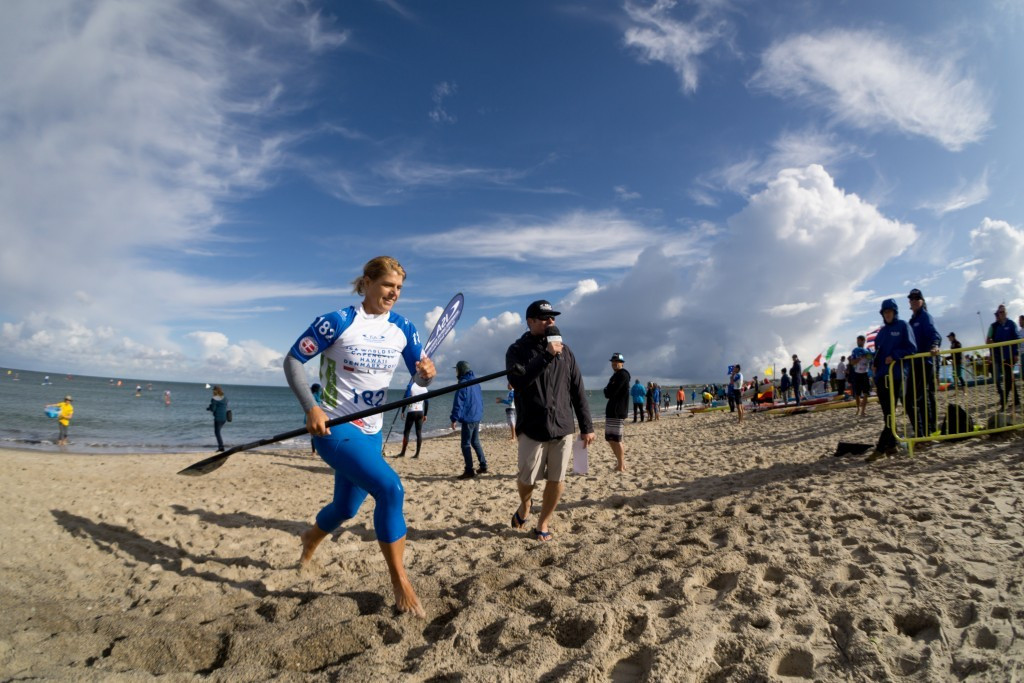 International Surfing Association (ISA) President Fernando Aguerre has reignited the row over who governs stand up paddle (SUP) racing by declaring it was "surfing not canoeing" during the final day of the World SUP and Paddleboard Championship in Vorupør.

Aguerre vowed that the ISA and SUP "are one" and the governing body would make sure it "stays that way".

The ISA have been locked in a row with the International Canoe Federation (ICF) regarding who owns the discipline, which features elements of both sports.

The Court of Arbitration for Sport (CAS) was recently asked to mediate in the dispute.

SUP involves athletes standing on a board and using a paddle to move across the water.

The ICF claim, however, they have been involved with SUP for a "number of years".

Aguerre used his speech at the end of the World SUP and Paddleboard Championship to warn the ICF that the discipline belonged to the ISA.

"ISA and SUP are one and we are going to be sure that it stays that way," he said.

"The ISA is the only International Federation to organise a World Championship for SUP.

"SUP is surfing and not canoeing."

On the final day of competition, Australia surged to victory in the relay race to clinch the team title.

The Australian side came into the last day of the event in pole position and their success in the relay saw them claim their fifth team gold medal in six years.

The Australian team topped the podium on 13,001 points to beat France and New Zealand, who finished second and third respectively.

They completed the team relay race in a time of 17min 10.10sec, with France coming through to take silver and New Zealand the bronze.

New Zealand's chances were hampered by women's SUP technical race gold medallist Annabel Anderson falling off her board twice on the second lap, allowing Australia’s Terrene Black to push ahead by 50 meters.

A Closing Ceremony was then held after the end of the race, attended by dignitaries including Aguerre, and Mayor of Thisted Municipality Lene Kjelgaard Jensen.