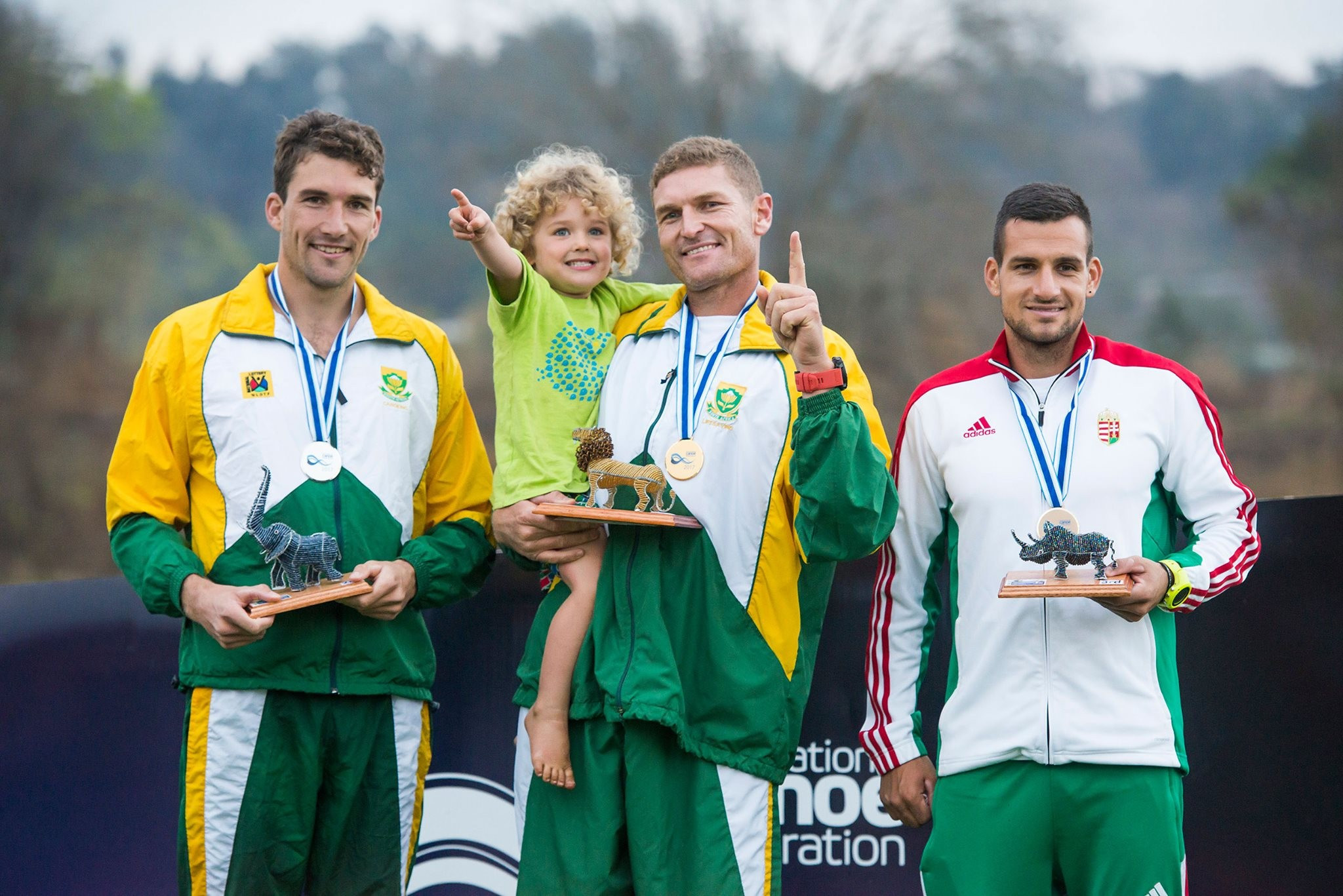 In a repeat of the 2016 result, McGregor and compatriot Andrew Birkett were the dominant forces and claimed a one-two for the hosts at the Natal Canoe Club.

After close to 30 kilometres of racing, McGregor worked himself into pole position at the front of a four-man group for the final 500 metre sprint to the finish line.

He proved too strong for the chasing pack and crossed the line first in 2 hours 09min 34sec.

With 100m to go Birkett realised he could not match the speed of his compatriot and settled back to come home just over half a boat length back and just in front of Hungarian Adrián Boros in 2:09:35

In the men’s C1 event, Márton Kövér collected Hungary’s eighth gold and 15th medal overall when he cruised to an emphatic victory over Spain's Manuel Garrido and Manuel Antonio Campos.

The trio moved clear on the second lap but Kövér gradually extended his lead to cross the line first in 2:09:57.

Garrido won the Spanish battle for the silver medal in 2:12:39 and Campos was forced to settle for bronze in 2:15:21.

Lani Belcher of Great Britain finally claimed a gold medal at these Championships after she prevailed in the women's K1 final today.

This is Belcher’s third World Marathon Championship medal and completes her collection having won silver for Australia in 2008 and bronze a year later for Britain.

Belcher, born in Victoria and raised in Queensland, unleashed a powerful final sprint 150m from the finish line to win in 2:05:04.

Hungarian Vanda Kiszli took second in 2:05:10 with Ireland’s Jennifer Egan was left trailing in third in 2:05:39.

Liudmyla Babak from Ukraine paddled away from the rest of the field and cruised to an easy four-minute win in the women's C1 race in 1:47:56.

Zsanett Lakatos from Hungary and Czech Jana Ježová claimed the silver and bronze medals in times of 1:51:16 and 1:56:25 respectively.

Action is due to conlcude tomorrow with the seniors' C2 and K2 races.