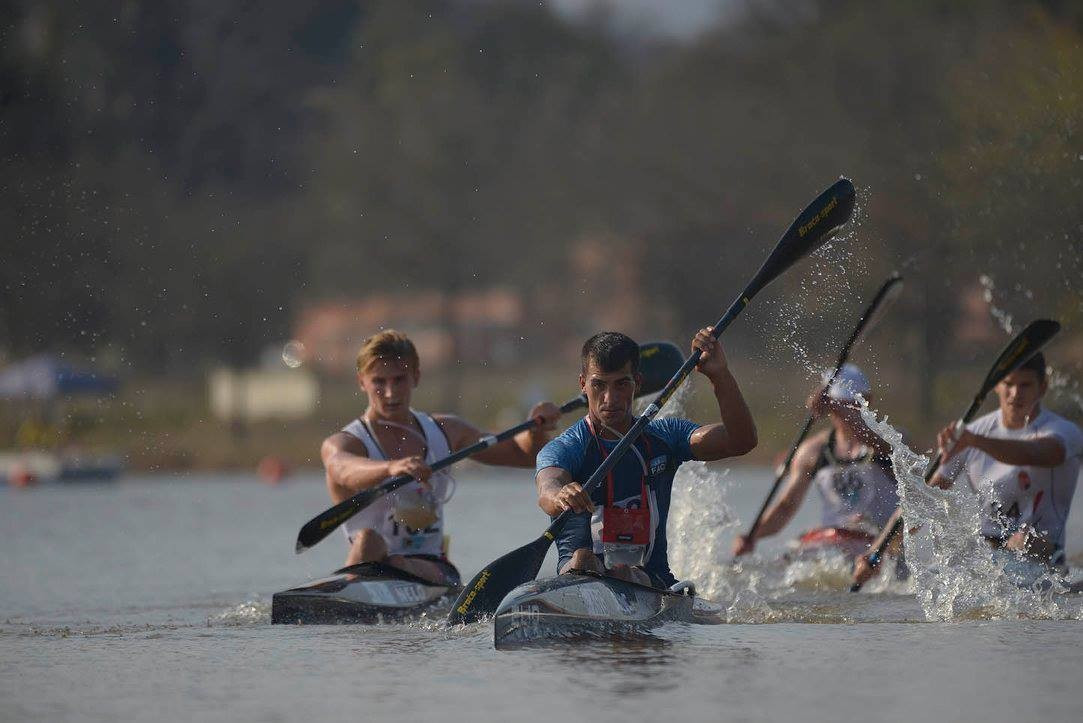 After winning all four gold medals yesterday and the first three of today at Natal Canoe Club, Hungary looked set for another clean sweep until the South American took to the water in the under-23 men's K1 event.

Balboa decided not to work with his fellow paddlers and his single-minded approach to conserve energy paid off after South Africa’s Nick Notten launched an attempt for gold with two of the seven laps remaining.

At the penultimate portage, Balboa made use of a quick transition and began to chase the South African down over the next 500 metres.

Once he caught his rival, the Argentinean made full use of his fresher arms as he sprinted away over the final 300m for gold in 1 hour 52min 53sec.

“It was a really difficult race but I have trained really hard to be here,” Balboa said.

“Notten was really strong and he got away from us which was worrying but I put in a lot of effort to catch him and get over the line in first place.”

Notten took second in 1:53:03 while Hungary still managed to place with Krisztián Máthé claiming bronze in 1:53:29.

Balboa's victory provided respite from another dominant day for Hungary as the European nation started strong by claiming a one-two finish in the junior women’s K2 event.

Emese Kohalmi and Olga Bakó cruised home to an emphatic win in 1:26:15, finishing in front of compatriots Zsófia Korsós and Viktória Nagy, who took second in 1:28:59.

The British pairing of Freya Peters and Emma Russell completed the podium in 1:31:19.

In the second event of the day, the under-23 men’s C1, the Hungarian dominance continued.

Bence Dóri made the decisive break from Portugal’s Sérgio Maciel on the approach to the final portage and then paddled away to a 35-second victory to give Hungary their seventh win of the championships in 1:54:05.

Maciel was forced to settle for silver in 1:54:40 while Poland’s Patryk Gluza claimed the bronze almost a minute further back in 1:55:35.

A third Hungarian title of the day soon followed in the junior men's K2 discipline.

Levente Vékássy and Ádám Varga claimed the gold in 1:35:43 at the expense of home favourites David Evans and Hamish Mackenzie.

The South Africans finished second in 1:35:52 while Spain’s Carlos Gómez and Miguel Sánchez took bronze in 1:38:01 after benefiting from a giant stroke of fortune.

With around 1,500m to go, the second South African crew of Callam Davis and Hamish Lovemore looked set for third place until their rudder “simply fell out”.

After the event Lovemore said he did not know what happened because they never hit anything floating in the water, but the pedals “just went soft”.

Senior action is set to provide the focus on the weekend.

The C1 and K1 races for both men and women will take place tomorrow, with the C2 and K2 races being held the following day.