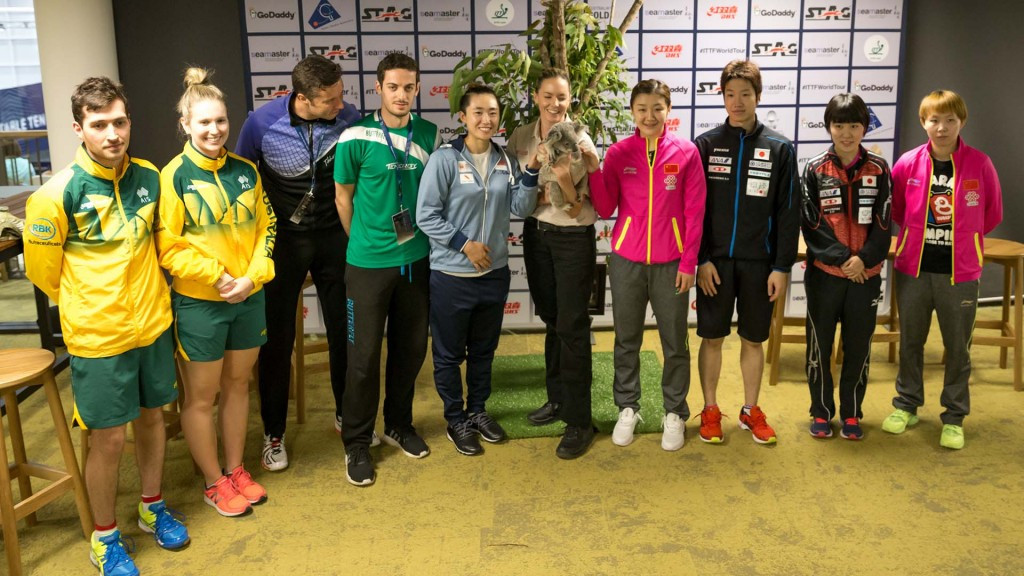 Diane the Koala Bear has been offering a furry welcome to several of the world’s leading table tennis players as they arrive in Gold Coast for the 2017 Australian Open.

The animal greeted some of the players who will be battling for trophies at the Carrara Indoor Sports Stadium, which will host weightlifting competitions at the 2018 Commonwealth Games, from tomorrow until Friday (July 7).

The 28-year-old said he was pleased to be back in the country and is focused on retaining the title.

“I am very happy to be here in Australia, it is a beautiful country," he said.

"I am here to defend my title and I hope I play my best and can win my second Australian Open.”

The leading name in the women’s singles event is China’s Zhu Yuling, the runner-up at the recent Liebherr 2017 World Championships in Düsseldorf.

“The Australian Open is a great opportunity for me to win another title," said Zhu.

"I have been playing well and I hope this continues and I can win the trophy here in this beautiful country."

As with Mizutani, stiff opposition awaits Zhu, notably Japan’s Miu Hirano, the player who beat her earlier this year at the Seamaster 2017 International Table Tennis Federation Asian Championships in the Chinese city of Wuxi.

Other challengers for the crown include Singapore’s Feng Tianwei, the second seed, China’s Chen Meng and Japan’s Kasumi Ishikawa.