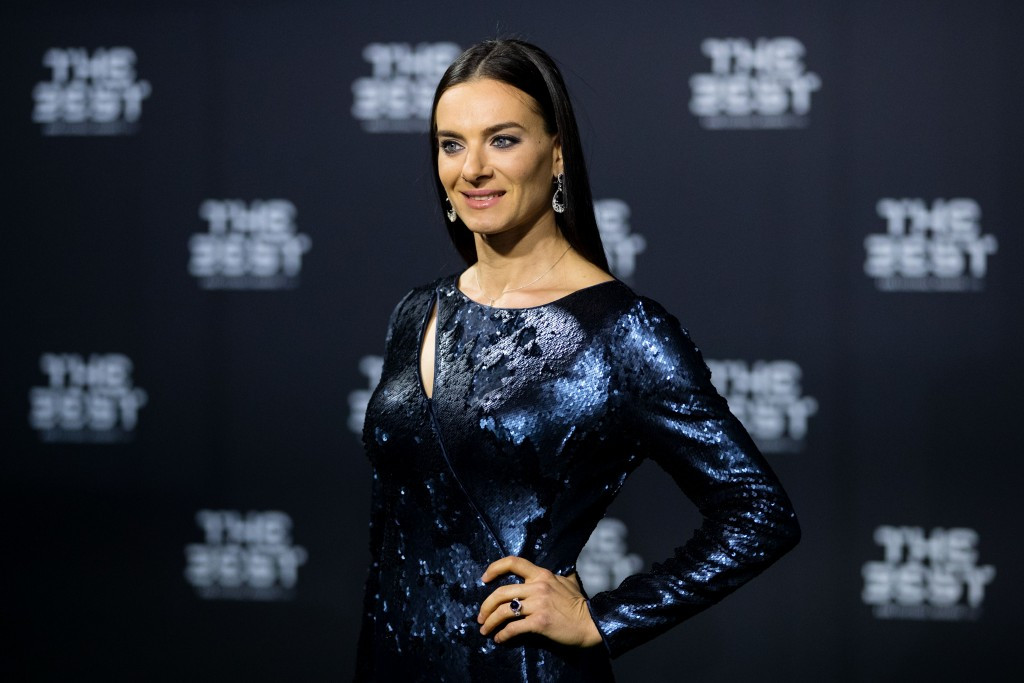 The 34-year-old, appointed head of the Russian Anti-Doping Agency (RUSADA) last month, reacted to the latest documentary on German channel ARD on her Instagram and Facebook pages.

Russia remains suspended by the International Association of Athletics Federations (IAAF) due to doping concerns and Isinbayeva has been a vocal critic of the way her country has been treated.

Secret video footage of suspended coach Vladimir Kazarin, seen in a sports hall in Chelyabinsk during a training session for 400m runner Artem Denmukhametov, was shown.

Other Russian whistleblowers include husband and wife Vitaly Stepanov and Yuliya Stepanova, forced to flee to the United States after they provided evidence of state-sponsored doping in 2014.

Isinbayeva, however, believes whistleblowers should go to the authorities instead of the media.

"I would like to express my point of view on the recently appeared doping story video from another informant," the International Olympic Committee Athletes' Commission member said.

"I have a question: why don’t the informants contact investigating authorities instead of filming material on a hidden camera and then selling it?

"Why don’t they go to the Ministry of Sports or anti-doping agency to declare the violations?

"Why are all athletes accused again with no evidence?

"All around the world the facts of anti-doping violations by certain athletes and their staff are considered as their own personal responsibility."

The pole vaulter, Olympic champion at Athens 2004 and Beijing 2008 but who had to miss Rio 2016 because of her country's ban, said the phrase "state-sponsored doping" also needed more explanation.

"In my opinion, in order to declare 'state support of doping', it is necessary to define what the word state means," she said.

"Is it the President and his subordinates or is it any citizen of the Russian Federation?

"I am, by all means, against doping, against those people who violate anti-doping rules, but also I am against those, who with no evidence and reasons it brings together the guilty and the innocent athletes making him/herself a fighter for justice and blaming everybody around.

"And what is typical is that our country and our clean athletes are denigrated exactly by those sportsmen who failed in sports.

"I declare that clean sport was, is and will be in Russia, and my career is its confirmation.

"For us, our health and our reputation are more important than dirty medals.

"In our country, there is a huge number of honest professional athletes who will tell about their cleanness themselves.

"Unfortunately, those sportsmen who have no relation to doping, are suffering because of people who failed in sports, violated anti-doping rules and wanted to earn money in such way."

Isinbayeva's comments coincide with the final day of a two-day visit to Russia by the IAAF Taskforce overseeing the country's potential reinstatement to international competition.

Russia were banned by the IAAF in November 2015.

The Taskforce is due to report to the IAAF's ruling Council at its meeting in Cap d’Ail in France on February 6.

Last month, the Council ruled that the suspension would remain in place as convincing evidence "that anti-doping procedures within its borders can be conducted effectively and without interference" had not been provided.

Russian Athletics Federation President Dmitry Shlyakhtin said he was expecting the IAAF to provide a time-frame for athletes to return to action.

"We expect that they will give us a specific answer shortly about when our athletes will receive specific information on their participation in tournaments," he told Rossiya 24.

The IAAF will not be commenting until the February Council meeting.