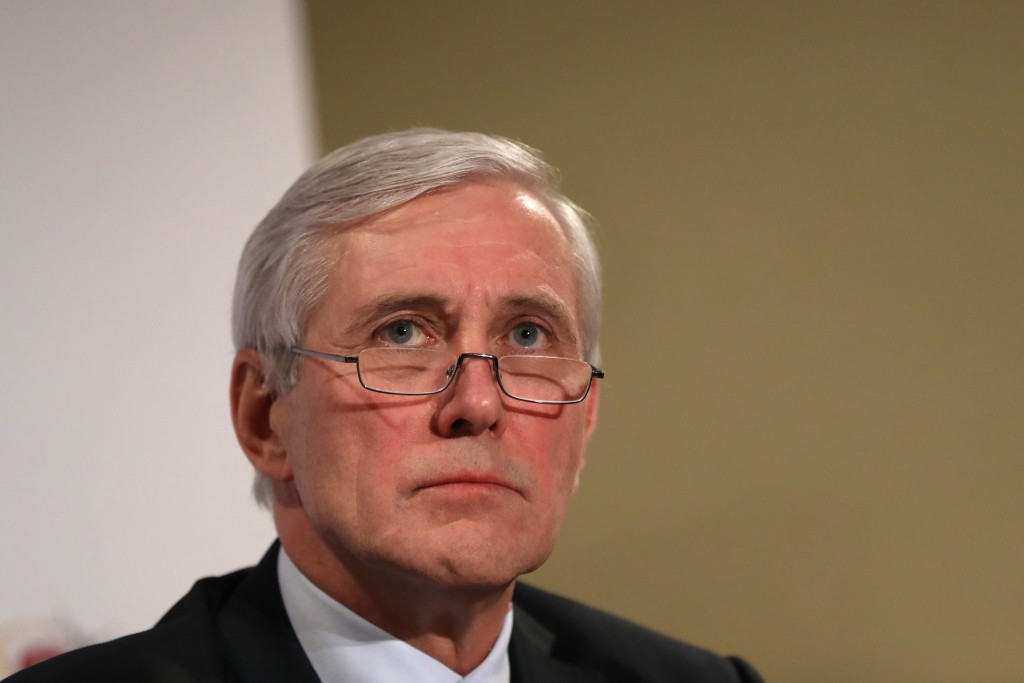 Russian track and field athletes will remain suspended from international competition in the wake of widespread doping abuse, at least until February.

The International Association of Athletics Federations (IAAF) Council was told today by the head of the IAAF Taskforce, Rune Andersen, that Russia has yet to provide convincing evidence that anti-doping procedures within its borders can be conducted effectively and without interference.

The Taskforce is due to travel to Moscow in January to assess how Russian sport is reacting to the final report by Richard McLaren for the World Anti-Doping Agency (WADA) due to be announced in London on December 9.

There they will meet with Russian anti-doping authorities, representatives of the Russian investigative police force and the Deputy Prime Minister with responsibility for sport, Vitaly Mutko, before deciding upon the "road map" that would bring Russia back into the fold.

Andersen is then scheduled to report back to the next IAAF Council meeting in February - but logically his judgement will be bounded by the wider conclusions of WADA on anti-doping allegations across Russian sport in general, including allegations that samples of home athletes were systematically switched during the 2014 Winter Olympic and Paralympic Games in Sochi.

Earlier today the Russian news agency TASS reported Mutko as saying: "I hope that the All-Russia Athletics Federation (ARAF) will be reinstated by the start of the spring season."

That timescale now looks unlikely, and doubts will remain about whether Russia, as a nation, will be restored to competition in time for next year’s IAAF World Championships in London.

Hopes expressed last month by the new President of the ARAF, Dmitry Shlyakhtin, that Russian athletes would be back in time for the European Indoor Championships in Belgrade from March 3 to 5 also now look unrealistic.

"I reported to Council today that the Russian Athletics Federation has made further progress towards satisfying the reinstatement conditions established in June 2016," Andersen said.

"One of the key remaining issues is how to demonstrate that the IAAF and the Russian Anti-Doping Agency will be able to conduct anti-doping programmes in Russia without inside interference.

"The Taskforce will go to Moscow in January to assess the Russian response to the second report to the World Anti-Doping Agency by Richard McLaren to be released on December 9.

"Taskforce will report again on progress to the IAAF Council at the next meeting in February 2017.

"At that time it hopes to be able to identify a clear road map and timetable for the reinstatement of the Russian Athletics Federation.

"In the meantime the crack in the door for clean athletes that the IAAF Council opened in June remains open.

"Athletes who have been subject to robust testing can apply to the doping review board to compete in international competition."

Russia's position was further defended today by Mikhail Diagteryov, head of the State Duma’s Committee on Physical Culture, Sports, Tourism and Youth Affairs, who announced: "We are a step ahead of the rest of the world in terms of fight against doping, we were the first to pass a law on the criminal responsibility for the encouragement of doping abuse and we will be the first to adopt a unique programme."

The other side of the argument was put with customary sharpness by Richard Pound, the former head of WADA, who told Agence-France Presse: "I think if we are sufficiently firm with Russia, there will be an enormous deterrent effect."

"There was an opportunity to send the message by saying 'no matter who you are, how important is your country, if you cheat, there will be consequences'.

"The IOC is nothing if it has no ethical principles, it is always hoped to be the ethical leader of sport, here was a chance to demonstrate that.

"You and I both know that if the country involved had been Guatemala, the answer would have been quite different.

"It's the fact this is Russia that seems to create a problem for the IOC.

"It is very, very damaging."

Asked whether the Taskforce was actively helping the Russian authorities, Andersen responded: "We are working hand in hand with Russian track and field, anti-doping agency and authorities.

"It is a very thorough piece of work.

"We are meeting, reviewing documents, exchanging views and communications.

"We are giving advice on how we see the verification criteria should be met but at the end of the day it is the Russians themselves who have to do the work."

Referring to the provisional suspension of the ARAF made last year, which was upheld in June this year, IAAF President Sebastian Coe said: "Had it not been for the tough decision we took last year many of the changes we were pleased to hear were taking place would almost certainly not have occurred.

"A law has just been passed on treatment of coaches and entourages who seem to be a part of this process.

"They’ve made changes to federation and coaching structures, and above and beyond that there is a shift of view and this would not have taken place unless we had taken the tough decision we did last year.

"That was of comfort to a Council who earlier this year were having to go it alone."