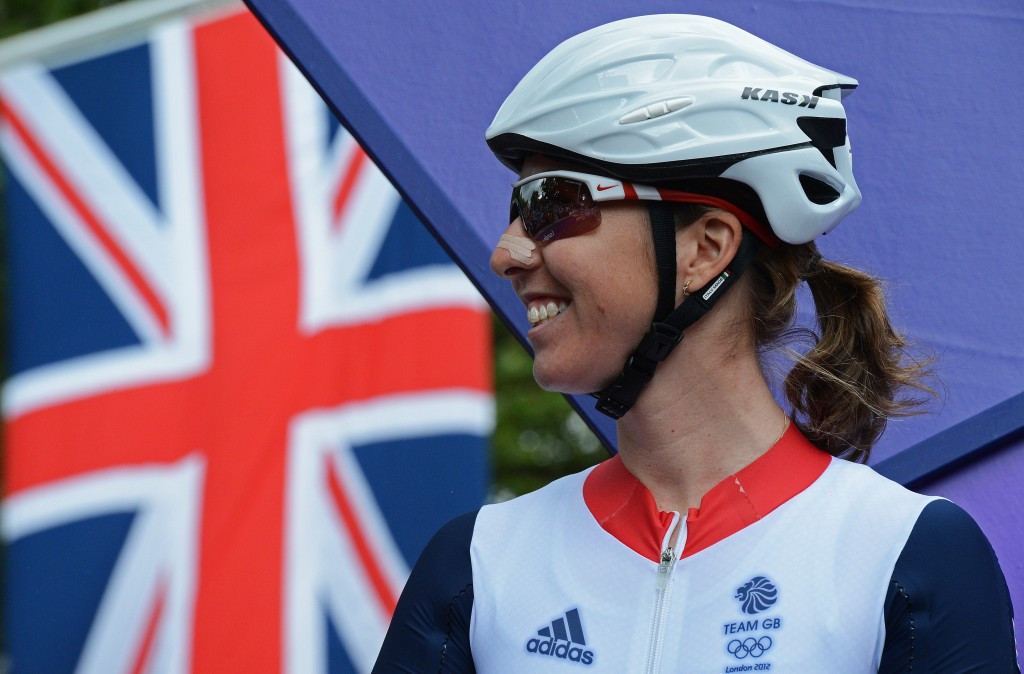 Nicole Cooke claimed that British Cycling has "got used to not being accountable to anyone" as the Olympic gold medallist presented damning evidence to a British Parliament Culture, Media and Sport Committee here today.

The cyclist was highly critical of the management of British Cycling, including former technical director Shane Sutton, while she also reserved criticism for UK Anti-Doping (UKAD), UK Sport and the International Cycling Union (UCI) during an explosive one-hour session.

Cooke, appearing via video-link, also presented scathing written evidence detailing her experiences in the fights against doping and sexism in the sport.

"Measures and schemes put in place to fight the abuse of performance enhancing drugs (PEDs) are inadequate and ineffective in planning, management and execution - the so called war on PEDs," Cooke said.

The Briton called into question Team Sky head Sir David Brailsford’s claim that they were the cleanest team in cycling, due to the lack of knowledge of what was in a package which was delivered to the 2011 Criterium du Dauphine.

In a previous Committee session, Sir David revealed that he had been told that fluimucil, a decongestant, was delivered.

The product, used to treat coughs and sore throats, is at the centre of a probe related to coach Simon Cope, who travelled from Geneva to La Toussuire with requested medication on June 12, 2011.

"If Simon did not know what he was transporting, that I find astonishing," Cooke said.

"That they were unable to provide documentation, I find astonishing.

The 33-year-old, winner of the Olympic road race at Beijing 2008, also raised questions regarding the timing of thereputic use exemptions (TUEs) for Sir Bradley, claiming their use prior to major races "raised questions and makes me sceptical of what they have done".

Cooke was critical of the role of UKAD and WADA in the fight against tackling doping, with claims the former failed to act on evidence she had provided during her career.

She suggested that UKAD used its lack of resources as an excuse for not adequately investigating issues raised by athletes.

Her main criticism was aimed at British Cycling, however, with the former world and Commonwealth road race champion asserting that there had been a "crossover" between the organisation and Team Sky.

Cooke alleged the resources of both British Cycling and Team Sky were used to help the latter, the men’s professional road team, win the Tour de France.

She claimed there had been a similar focus on helping Mark Cavendish win the road world title in Copenhagen during 2011, whereas the women’s team were not provided with a training camp for the same event.

Cooke believes British Cycling had "got to the point where they could do what they wanted and acted out of favouritism", with personal projects being taken up.

This approach, Cooke claimed, should have seen better oversight from UK Sport, due to the funds the organisation provide British Cycling.

"One problem relates to the governance of a sport that receives annually significant financial support from the public purse and the fact that such funds are not distributed equitably and in a decent manner for the benefit of the whole of the target population," Cooke said in her written evidence.

"I summarise that as a sport run by men, for men.

"I have attempted to achieve redress on a number of occasions but have encountered a governance structure at the National Federation - British Cycling - that is not responsible to anyone other than itself for its own actions.

"It has an Executive Board, but this exerts minimal control of its executive officers and is filled with a majority who approve of the maldistribution of public funds.

"The oversight that should be in place via UK Sport is, at best, token."

Cooke also claimed there was "designed in" sexism present in British Cycling and the UCI, citing the difference in prize money between female and male riders and a lack of a a minimum wage, as well as restrictions over the number of days female riders are permitted to ride in stage races.

Further criticism was reserved for Sutton, who resigned from his role as British Cycling technical director last April following allegations of bullying and sexism.

A British Cycling investigation concluded in October that Sutton had used "inappropriate and discriminatory language"towards sprinter Jess Varnish but eight claims were dismissed.

"I do question the investigation, conducted internally by British Cycling, as a designed in conflict of interest and sexism is already present," said Cooke.

"Shane was not suitable to the role of head coach of British Cycling.

"It is not a role where he can look after his mates and have his favourites.

"A lot more is required for that position and he did not have that."

Sutton is currently waiting to hear if he will be offered the high performance director role at Cycling Australia and was yesterday backed by UCI President Brian Cookson.

Cookson, who held the same post at British Cycling for much of the period in which Cooke referred to during her evidence, is due to stand for re-election as UCI President later this year but Select Committee chair Damian Collins MP questioned whether UK Sport should help fund his effort.

"We have questioned this in the past in relation to Seb Coe's campaign to be president of the IAAF," he said.

“UK Sport does have a strategy of funding those campaigns but one of things she raises in her written evidence is that when Brian Cookson ran for President of the UCI he did so with a commitment to raise the minimum wage for women cyclists and that has not been done so I think UK Sport needs to look at this.

“Clearly in cycling Mr Cookson there's a lot to be done.”

In a statement, British Cycling told insidethegames  they were "absolutely committed to resolving the historic gender imbalance in our sport".

"Our ambition - launched in 2013 - to get one million more women cycling by 2020 has led to widespread changes across the sport at all levels including a 70 per cent increase in the number of female coaches, the creation of Britain's first ever international level stage race in the Women's Tour, the continued growth of our female-only rides programme, Breeze, and British Cycling's female membership surpassing 20,000 members less than 10 years after the organisation’s total membership was less than that," the statement read.

"Just this week, we announced equal prize money for the elite road series as part of our ongoing aim of gender parity across all aspects and disciplines of the sport.

"Since 2013, we have established a women's under-23 academy, a women's road team training base in Belgium and we are close to a 50:50 male/female ratio in terms of riders on the World Class Programme.

"British Cycling is also proud of the record of our elite women - at London 2012, the first Games to feature parity for the genders in cycling, and Rio 2016 they won a combined 28 medals.

"More than that, they are inspiring huge numbers of men and women to get active by getting on their bikes.

"There is always more that can be done and we strive to make continual improvements to ensure that cycling is reaching out to women and girls of all ages and abilities, and, with the media recently moving to increase coverage of women’s sport, we believe these improvements will accelerate."