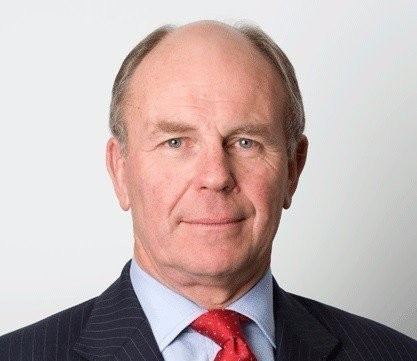 David Kenworthy, the chairman of UK Anti-Doping (UKAD), has told the BBC that the answers given in front of a parliamentary select committee by British Cycling and Team Sky officials were "very disappointing".

Representatives from British Cycling and Team Sky were summoned in front of the Commons' Culture, Media and Sport Select Committee to answer questions on anti-doping and the mystery medical package delivered to Sir Bradley Wiggins during the 2011 Criterium du Dauphine.

Team Sky head Sir David Brailsford told the hearing that he had been informed the package contained fluimucil - a product used to treat coughs and sore throats.

This came after, he claimed, permission was given by UKAD for him to make public its contents.

However, leaked World Anti-Doping Agency (WADA) data released by the Fancy Bears hacking group alleged that Sir Bradley received permission to use salbutamol to treat asthma in 2008 before receiving three successive exemptions for corticosteroid triamcinolone acetonide in 2011, 2012 and 2013 due to a pollen allergy.

But Sir David, his former coach Shane Sutton and British Cycling President Bob Howden, all protested his innocence when speaking to Members of Parliament in December.

But Kenworthy, who is leaving the position he has held since 2009 soon, believes the response given in the hearing fails to solve the issue.

"There's still no definite answer from anyone who was involved," he told the BBC.

"I still don't know what was in there; I'm no nearer finding out than you are.

"The select committee has got expense sheets and travel documents.

"That strikes me as being extraordinary.

"It is very disappointing."

While discussing Brailsford's answer specifically, Kenworth was also asked if British Cycling should have made note of medication transported across continent by one of its coaches.

"One would think so, one would hope so," he added.

"Here's an individual who's carrying a package containing medicine across international boundaries, and he's no idea what's in them.

"One could say he could be putting himself at risk if they are drugs which one could not properly transport.

"Someone should be inquisitive enough to say: 'Well what is it I'm actually taking?'"

Questions remain as to why it took so long to disclose the contents of the package and why they needed to transport the product from Britain when it was so easily available in France.

Since the hearing, Sir Bradley, Britain's most decorated Olympian ever and the country's first winner of the Tour de France, announced his retirement from professional cycling.

This led to him being named Sports Personality of the Year and receiving a knighthood.

A final gold followed this year after he returned to the track at Rio 2016 as he became the first British Olympian in history to win eight medals.