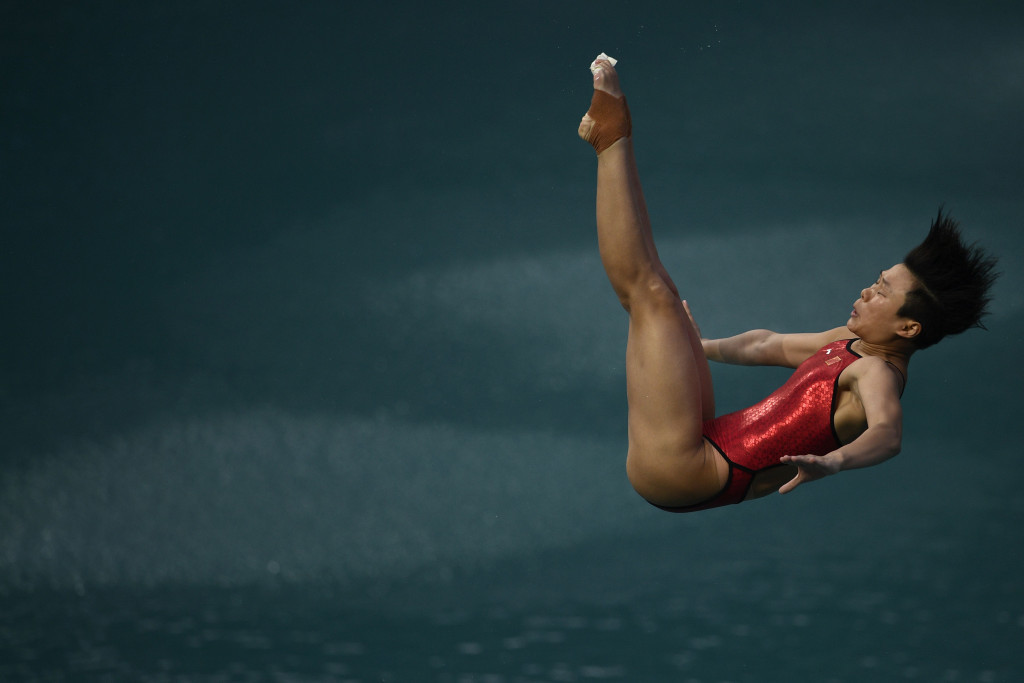 China's Shi Tingmao won her country's fourth diving gold medal at Rio 2016 by cruising to the top of the podium in the women's three metres springboard event but she was upstaged by compatriot and silver medallist He Zi after she accepted a marriage proposal following the conclusion of the final.

The 23-year-old, who claimed the 3m synchronised springboard title with Wu Minxia on the second day of the Games, finished on a commanding score of 406.05 points, ensuring she took the title ahead of He.

He may have been disappointed with having to settle for silver but her afternoon ended on a positive note as boyfriend and fellow diver Qin Kai proposed after she had received her medal.

Tania Cagnotto of Italy emerged victorious from a titanic tussle with Canadian Jennifer Abel for the bronze medal thanks to her total of 372.80.

Shi was by far the standout performer in the field, with her third dive a particular highlight as it yielded a whopping 84.00 points.

From that point on, her success never looked in doubt, leaving an intriguing battle for the other two spots on the podium.

He had provided a stern test in the first two rounds, matching her compatriot's scores of 81, before she tailed off and ended some way adrift of the formidable Shi.

The eventual gold medallist and double world champion wasn't completely satisfied with her performance, however, claiming she would "probably score myself 80 out of 100 because my scores were not that stable and my performance was not that stable."

Shi also admitted she had "never seen anything like" the green water in the diving pool, which organisers have admitted is an "embarassing" problem.

"It is not a problem for me, but my eyes feel a little bit uncomfortable," she said.

Despite her commanding triumph, she found herself playing second fiddle to He, who took all the headline's following Qin asking her to marry him.

"We've been dating for over six years," He said.

"I didn't know that he would propose today, and I didn't expect that I would marry myself out so early.

"He said a lot of things there at the podium - he made a lot of promises, but the thing that has touched me the most is that I think this is the guy I can trust for the rest of my life."