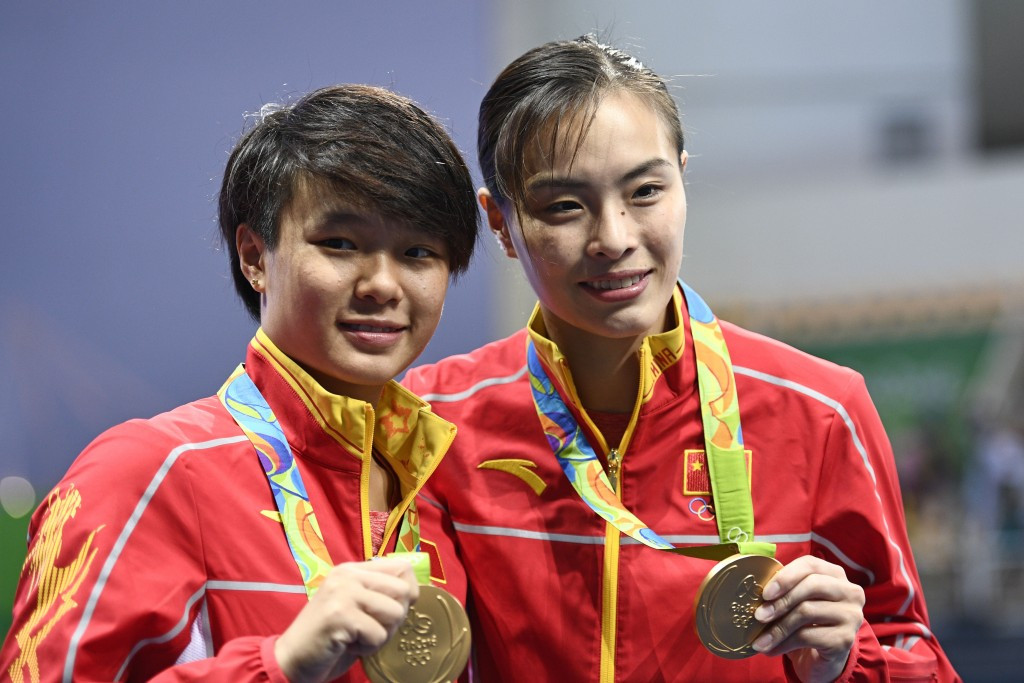 Chinese duo Wu Minxia and Shi Tingmao got their nation's pursuit of a clean sweep of the diving events at Rio 2016 off to the perfect start as they secured the Olympic three metres synchronised springboard gold medal with a formidable performance at the Maria Lenk Aquatics Centre today.

The pair blew the rest of the field out of the water, recording the top scores across all five dives on their way to a total of 345.6 points.

The victory saw Wu become the most decorated Olympic diver in history as the win handed her a seventh medal at the Games and a record-breaking fourth consecutive title.

Wu and Shi finished comfortably ahead of nearest challengers, Italians Tania Cagnotto and Francesca Dallape, who took home the silver medal on 318.3 points.

Australia, who have enjoyed a successful start to Rio 2016, added another to their collection as Maddison Keeney and Anabelle Smith timed it perfectly to sneak into third, 0.87 in front of Canada's Jennifer Abel and Pamela Ware, having trailed in fourth for the majority of the competition.

"I'm really happy to get this medal," Wu said.

"We all wished that the Chinese divers would have a good performance during the Olympic Games and both of us were very good today."

Wu admitted she considered retirement after an injury derailed her preparations for the Games in the Brazilian city and revealed she may look to finish her career after the event having etched her name into the record books.

"I thought about giving up before these Olympic Games because I got injured for a month and I thought it would take a lot of time to recover," she added.

"It's really hard to maintain my best performance.

"I got much more mental tension than physical tension before these Games.

"It's not easy - it's hard to explain how much effort you need to put into this training process."

China are targeting all eight diving gold medals on offer at Rio 2016 but Shi, who earned her maiden Olympic medal, is anticipating a tough task as they bid to better the six titles they won at London 2012.

"Now the Chinese are the strongest because we have a different system and the other countries don't have a system like this," she said.

"They don't have professional divers who train all the time, but if they start to train as much as we do, they can catch up to us."