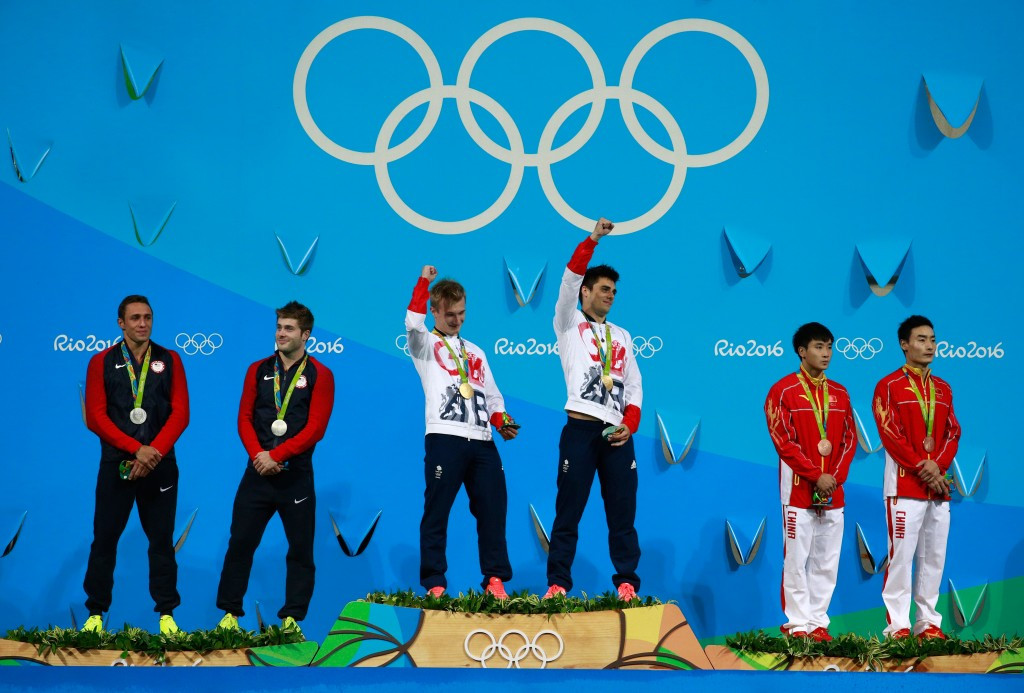 China's ambition to win all eight gold medals in the Olympic diving competition at Rio 2016 was ended by Britain's Chris Mears and Jack Laugher in the men's synchronised 3 metre springboard competition at the Marie Lenk Aquatic Centre.

The Chinese had won the opening three events of the programme and were expected to make it four today.

But Mears and Laugher were ruthless throughout the competition and added Olympic glory to their European and Commonwealth titles.

The diving pool was still the murky green colour it had turned yesterday but it was a golden pond for the British pair.

Earlier today, a statement from International Swimming Federation (FINA) revealed that the reason for the unusual water colour was that the water tanks completely ran out of chemicals used in the water treatment process.

As a result, the pH level of the water was outside the usual range, causing the discolouration.

Above the water the competition was fierce however.

Kai Qin, part of the duo that won gold at London 2012, and Yuan Cao have dominated international competition this year but faltered on the day it mattered most.

The British pair led from the third round but the decisive moment came when Mears and Laugher took their penultimate dive.

They produced one of the most difficult dives in the competition, scoring 86.58 points.

Going into the final round, Kai and Yuan were three points behind their British rivals.

The final effort of Mears and Laugher was only marginally less ambitious than their fifth, a forward 4.5 somersaults tuck with a difficulty rating of 3.8 and the judges loved it, awarding them 91.20 points.

The Chinese's final effort was the same dive as the British one and but the judges ruled it inferiror, giving it just 83.22 points.

They meant Kai and Yuan slipped back to third as American duo of Sam Dorman and Mike Hickson, whose final dive scored a superb 98.04 points, clinched the silver medal.

Britain's previous best performance in diving at the Olympics had been two silver medals.

"I mean I've dreamt about this for my entire life and to come here and actually do it just feels absolutely surreal to be honest.

Mears, 23, claimed their victory was not a shock to them.

"We’ve been looking pretty damn good in training," he said.

"As you can see the conditions are a big thing here.

"One minute you can be diving in sunshine, then it’s cloudy, then it’s raining and it’s really windy.

"So there are a lot of factors that can throw people off."