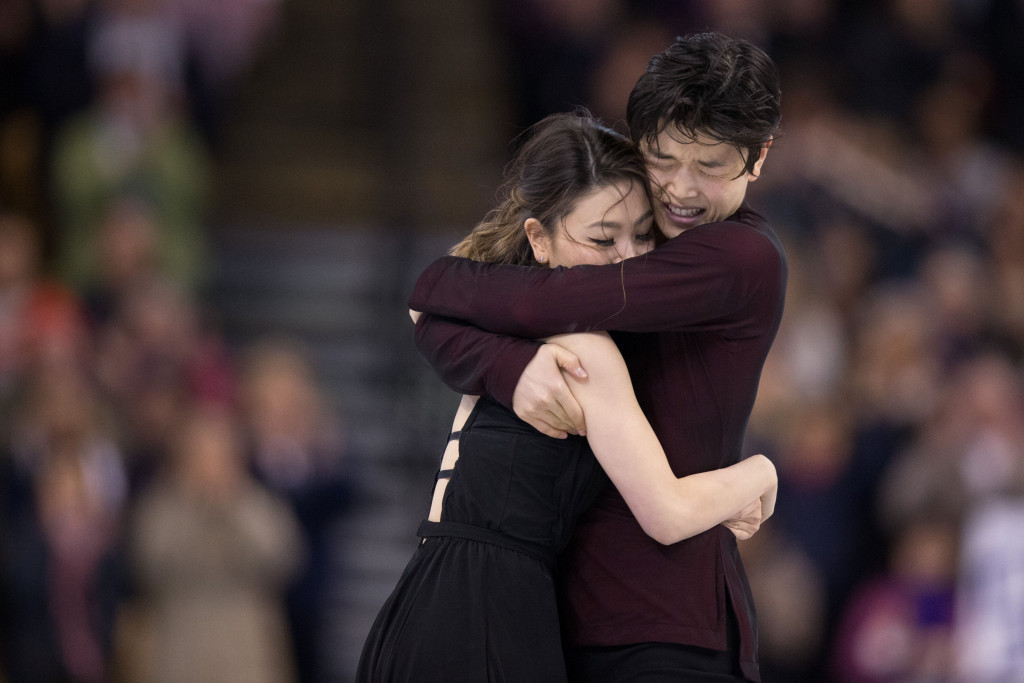 Through online voting, Skating Magazine readers cast their ballots for the athlete or team they felt most deserving of the prize, based on their accomplishments in the past season.

A record 36,800 votes were cast during the balloting period.

Tyler Pierce, fifth at the 2016 US Championships, and US pairs champions Tarah Kayne and Danny O'Shea, finished second and third respectively in the voting.

The Shibutanis, who are brother and sister, are coached by Marina Zoueva in Canton, Michigan.

They will be presented with the Michelle Kwan Trophy at the 2017 Prudential US Figure Skating Championships in Kansas City, Missouri.

"The significance of this award is in its name," Maia said.

"It's an honour to join the amazing group of skaters who have won this award before us.

"Last season was our best so far, and we are thankful for all the support and votes."

Alex added: "It has really been a journey, but having unwavering support from our parents, coaches and skating family has meant everything to us.

"While we have amazing fans around the world, having the opportunity to compete at nationals in Saint Paul and at the World Championships in Boston in front of American crowds was incredible."

The Shibutanis' stellar season included winning a gold medal at the 2016 Four Continents Championships, a title at the 2015 NHK Trophy and a silver medal at 2015 Skate Canada.