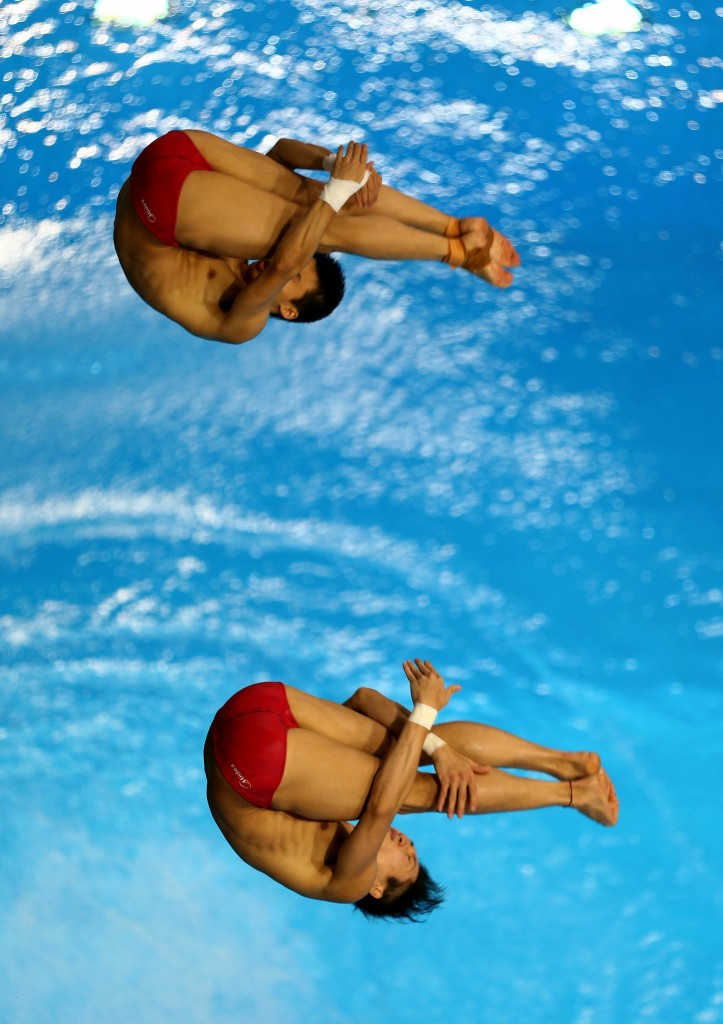 Having won every event at the first two legs of the circuit in Bejing and Dubai, the Asian powerhouse underlined their overwhelming supremacy by taking top honours in the first four synchro events in the Canadian city.

The women’s three metre springboard saw Zi He and Han Wang lead from the very first dive as they triumphed with a combined result of 339.90 points.

It earned the pair their third consecutive victory in this year’s World Series, condemning Italy’s Tania Cagnotto and Francesca Dallape to second spot on 313.44 with Canada’s Pamela Ware and Jennifer Abel in third on 312.87.

"We feel like we had a very good performance today," said Wang.

"However we need to keep working in order to improve in different areas in the future."

In the equivalent men’s event, Kai Qin and Yuan Cao were the front-runners throughout the six-dive final to end with a total of 450.69 points.

Canada’s Philippe Gagne and François Imbeau-Dulac were the bronze medallists with 414.36 having finished seventh at the first two legs of the circuit.

Canada’s Meaghan Benfeito and Roseline Filion had to settle for the runners-up spot with 313.71, while bronze went to Great Britain’s Tonia Couch and Lois Toulson with 310.68.

China’s dominant day was complete when Yue Lin and Aisen Chen comfortably won the men’s 10m platform with a total of 482.01 points.

The British pairing of Tom Daley and Daniel Goodfellow got their hands on the silver medal with 441.84, and they were followed onto the podium by Russia’s Victor Minibaev and Nikita Shleikher with 432.51.

Action in Windsor is set to continue tomorrow.