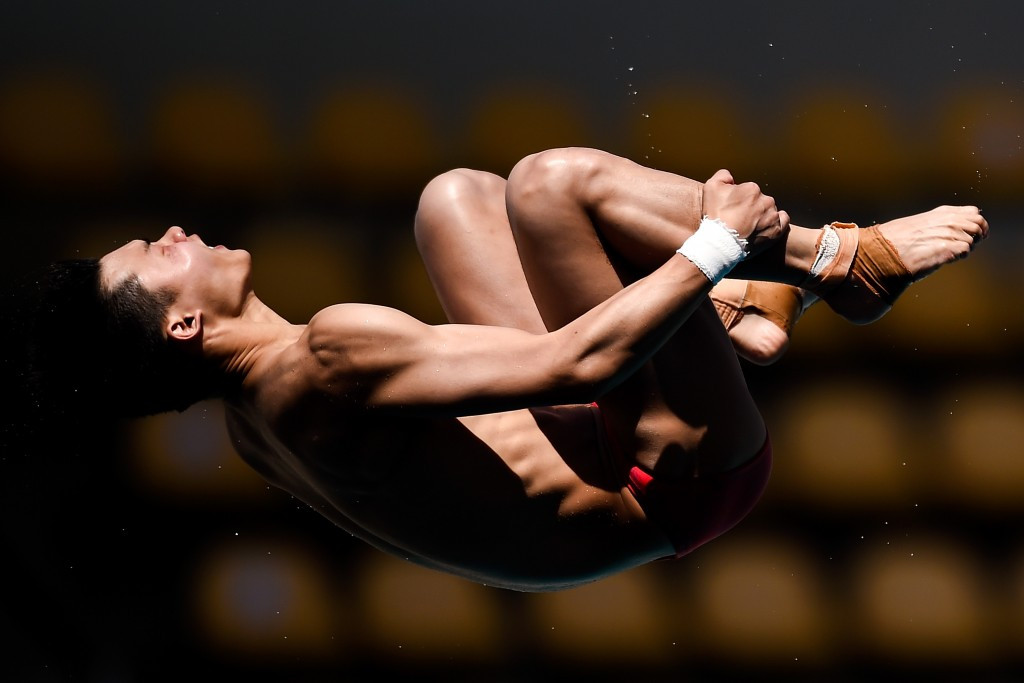 China confirmed their domination of the opening International Swimming Federation (FINA) Diving World Series event of the season as they claimed the final three golds in front of their home crowd in Beijing.

Their platform divers headed into the day hoping to preserve their country’s 100 per cent record at the event, having won all seven gold medals on the opening two days at the Water Cube.

He was able to take the lead in the second round after achieving a score of 91.00 and then built a strong advantage after his effort of 99.00 in the third round, with Qiu only able to score 87.50.

The world champion achieved the highest scores in the final three dives of the competition, but it would not prove enough to beat his compatriot as he finished on 564.40, while Chen totalled 572.40 to win gold.

Si Yajie emerged as the victor in the women’s event after the 2013 world champion finished on a total of 383.10.

Her compatriot Ren Qian, the 2015 World Championship silver medallist, ended narrowly behind on 380.60 to end as the runner-up.

Australia’s Melissa Wu won bronze after receiving a score of 342.10 by the judges.

Tai Xiaohu and Chang Yani secured China’s 10th and final gold of the event, as they achieved a winning total of 349.02 to win the mixed 10m synchronised platform competition.