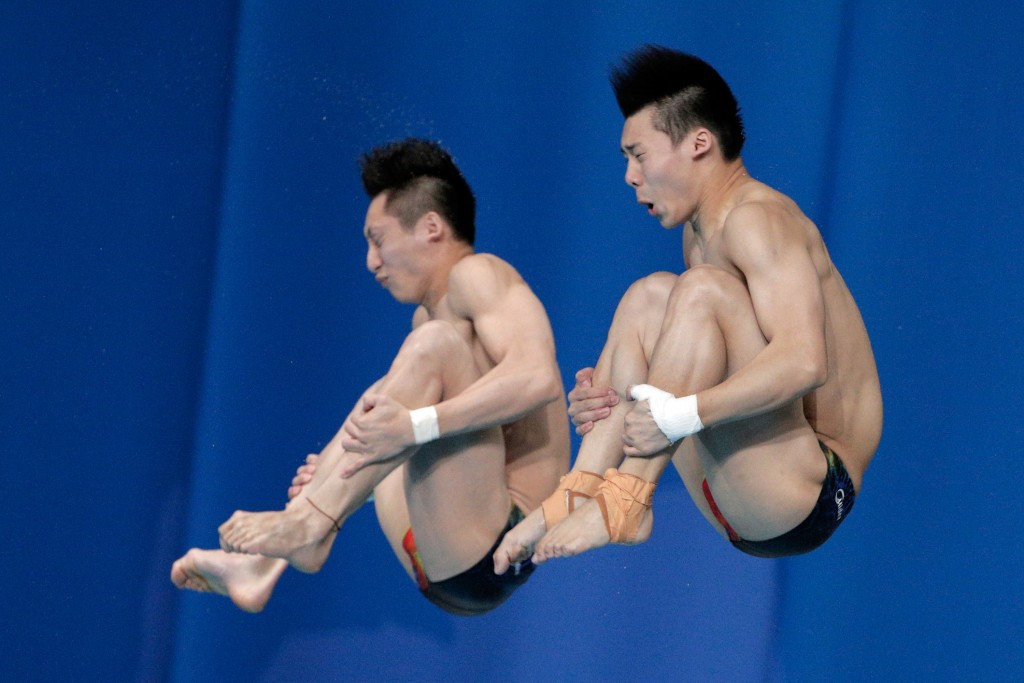 World champions Lin Yue and Chen Aisen were comfortable and predictable winners in the men's 10 metre competition, claiming 477.15 points to beat Ukraine's Maksym Dolgov and Oleksandr Gorshkovozov, who recorded 426.21, into silver, in the event at the Water Cube.

The bronze medals in the Chinese capital went to Great Britain as Tom Daley and Daniel Goodfellow tallied 420.15 points.

"I am happy that we continue our good form and good synchronisation," said Lin, the Beijing 2008 Olympic champion in the event, to Shanghai Daily after winning again in front of his own fans.

In the women's 10m synchro, China's Liu Huixia and Si Yajle were triumphant, despite only teaming up for three days.

They recorded 334.68 points with Liu's original partner, four-time Olympic champion Chen Ruolin, opting to take a break which will see her miss the first two legs of the World Series.

Britain gained another medal as Tonia Crouch and Lois Toulson scored 317.46 for the silver, with Malaysians Mun Yee Leong and Pandelela Rinong Pamg earning bronze with 311.70.

In the men's 3m springboard, Cao Yuan and Qin Kai triumphed with 442.74 ahead of Russia's Evgenii Kuznetsov and Ilia Zakharov who scored 430.32 for silver.

Sam Dorman and Kristian Ipsen of the United States won the bronze medal in 409.08.

The women's 3m springboard title went to new pairing He Zi and Wang Han who dominated with a score of 330.30.

That dwarfed the tally of silver medallists Viktoriya Kesar and Anastasiia Nedobiga of Ukraine, who totalled 295.98, and third-placed Tania Cagnotto and Francesca Dallape of Italy who finished on 293.79.

The Beijing World Series, the opening event of this season, is due to continue tomorrow with the men's, women's and mixed synchro 3m springboard finals.