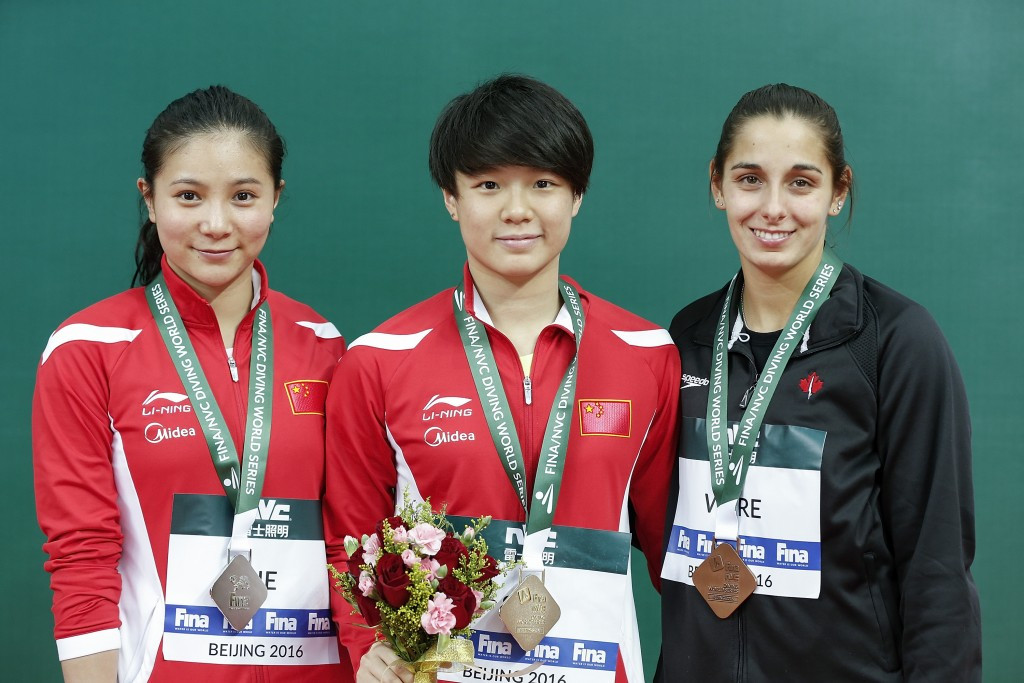 The reigning world champion admitted to being slightly below her best throughout the competition, but she still proved more than good enough to claim the victory.

Tingmao, winner of the Rio 2016 test event, opened the event with a 76.50 dive to immediately move to the top of the standings.

It gave China their fourth gold of the World Series, with Tingmao’s team-mate He Zi sealing silver by ending on 338.10.

The podium was completed by Canada’s Pamela Ware, who scored a total of 322.15.

There was also a Chinese one-two in the men’s 3m springboard event, with Cao Yuan winning the competition by finishing on a tally of 498.05.

His compatriot He Chao and Russia’s Evgenii Kuznetsov posted scores of 472.40 and 466.20 respectively, to secure podium finishes.

World champions Wang Han and Yang Hao made it seven golds in seven events at the World Cup for China, as the pairing posted a score of 327.60 in the 3m mixed synchronised springboard event.

Canada’s Jennifer Abel and Francois Imbeau-Dulac finished second on 294.24, while Italy’s Tania Cagnotto and Maico Verzotto completed the podium on 289.20.

The Beijing World Series, the opening event of this season, is due to conclude tomorrow with the men's, women's and mixed synchro 10m platform finals.