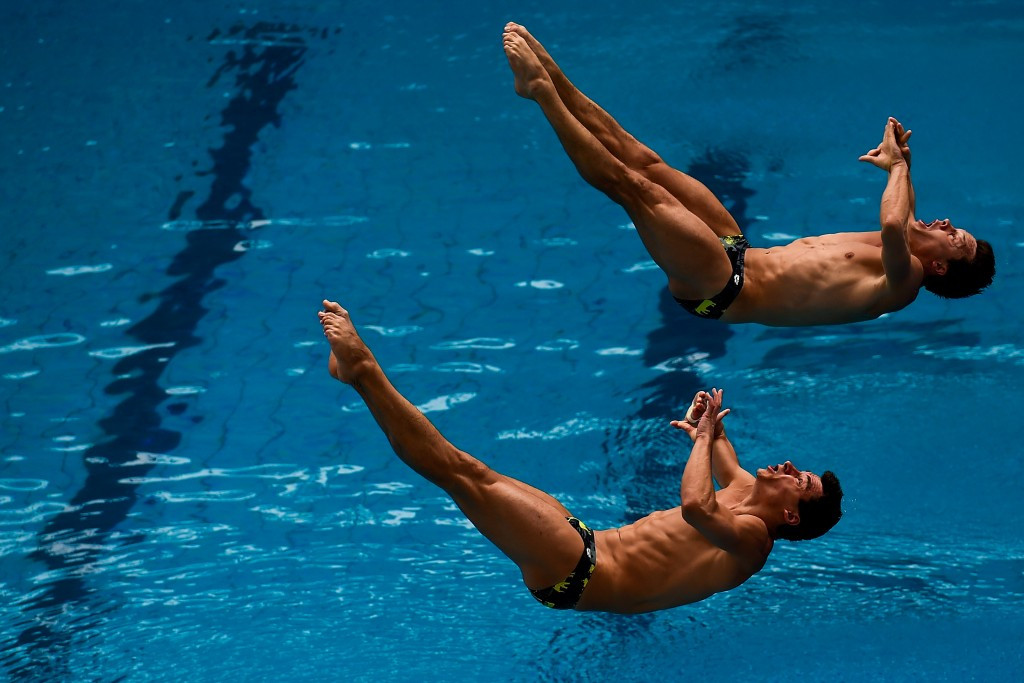 Germany's Stephan Feck and Patrick Hausding look set to return  to Rio de Janeiro later this year after booking a place in the men’s synchronised three metre springboard competition at the this year's Olympics after triumphing at the International Swimming Federation (FINA) Diving World Cup.

The event at the outdoor Maria Lenk Aquatic Stadium, which will host diving competition during the Olympics, gave divers the final opportunity to secure quota places for their country and officials the chance to test the venue.

Feck and Hausding, silver medallists at last month’s FINA Diving Grand Prix in Rostock, rose to the challenge after producing a series of strong dives to put themselves in contention for victory.

After five of the six rounds the German paring occupied third place on the leaderboard behind Britain’s Jack Laugher and Chris Mears, as well as the Mexican duo Jahir Ocampo and Rommel Pacheco.

They saved their best dive for the finale of the competition with the judges awarding them a score of 87.72 points, giving them a total of 429.33.

It proved enough to beat China’s Cao Yuan and Qin Kai, who had moved into second place by moving their score onto 419.67, he result giving the Germans one of the quota places on offer.

“It was raining and a little bit cold, so I think that we achieved to be more focused than the others,” said Feck.

“For the Olympic Games we are training to do difficult dives, with 4.5 of difficult degree.

“To repeat the colour of the medal in the Games I think that all we can do is train even harder and maintain the focus.”

With China, Russia and Britain having already booked places due to their performances at last year’s FINA Aquatics World Championships and Brazil being awarded a place as hosts, a further three places were available.

After finishing in third place on 409.38, Mexico’s Ocampo and Pacheco secured one of the berths.

The duo were competing under the FINA flag and face the threat of doing so at Rio 2016 should a temporary ban of the Mexican Swimming Federation not be lifted by the sport’s governing body in time.

The final quota places were awarded to Italy’s Andrea Chiarbini and Giovanni Tocci for their fifth place finish, as well as America’s Sam Dorman and Kristin Ipsen, who ended sixth.

With the Chinese having already qualified, alongside North Korea, Canada and Brazil, the focus was one which nations would claim the remaining Rio 2016 spots on offer.

Malaysia’s Cheong Jun Hoon and Pandelela Pamg secured the first place available after ending as the runners-up on 318.90.

Britain’s Sarah Barrow and Tonia Couch finished third on 308.82 to book their spots at the Olympics.

Americans Amy Cozard and Jessica Parrato were able to celebrate earning the penultimate berth, despite missing the podium, finishing fourth on 299.94 points.

The World Cup is due to continue until Wednesday (February 24).