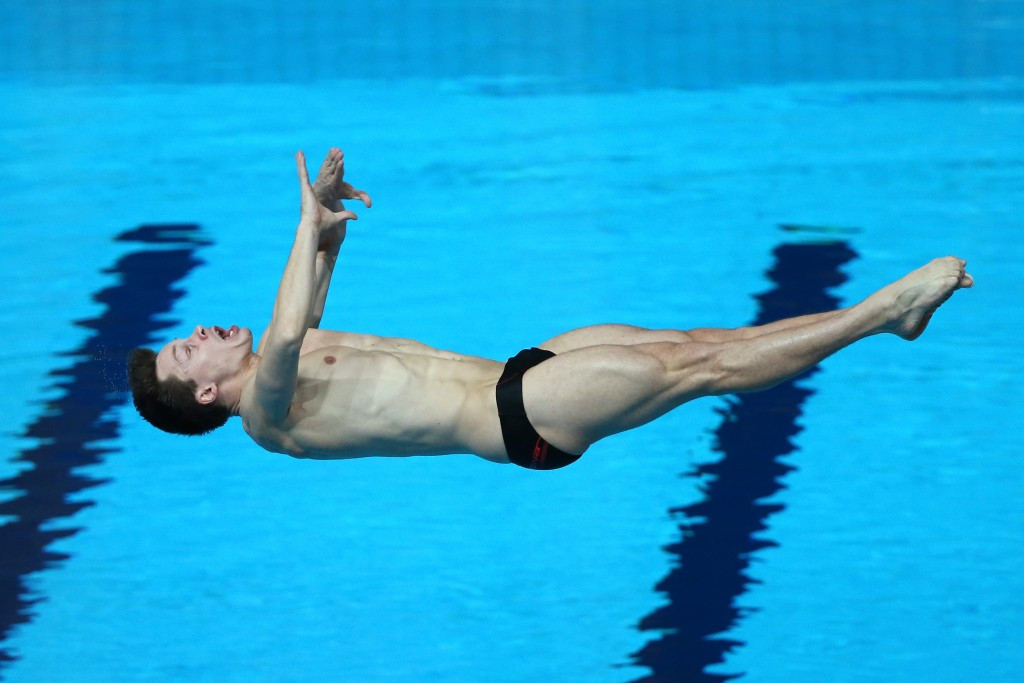 Germany’s Patrick Hausding clinched gold in front of a home crowd at the International Swimming Federation (FINA) Diving Grand Prix, but China once again proved to be dominant in Rostock.

Hausding, a 12-time European champion, triumphed in the men’s three metre springboard competition after achieving a total of 503.50.

The 26-year-old’s higher level of difficulty enabled him to hold off the challenge of China’s Jianfeng Peng, who earned silver with a tally of 494.20.

Canada’s Philippe Gagné, who won two silver and one bronze medal at the Toronto 2015 Pan American Games, was some way adrift in third place on 450.85 points.

Gagné, though, was able to celebrate gold in the synchronised competition as he teamed up with François Imbeau-Dulac to end top of the leaderboard on 418.68 points.

Home favourites Stephan Feck and Hausding finished second with 414.63, while France’s Antoine Catel and Matthieu Rosset ensured there would be a rare event without a Chinese diver on the podium by scoring 408.63 to win bronze.

However, China’s men were on form in the 10m platform competitions with Jian Yang winning the individual event on 523.40.

Zewei Xu and Xiaohu Tai secured the synchronised title after the Chinese duo finished with a total of 461.58, while the Canadian pairing of Gagné and Imbeau-Dulac earned another medal by ending as the runners-up with 411.48.

China’s Yaying Ding proved to be one of the most successful divers of the meet, as she achieved a total of 378.05 points to win the women’s individual 10m platform competition.

She then joined Miya Suo to compete in the synchronised event, with the duo triumphing by finishing the competition with a score of 341.04.

Xiaojie He was able to match Ding’s achievement of claiming double gold, as she first scored 354.90 to win the 3m springboard, with Canada’s Jennifer Abel ending second on 328.05.

A second title for Xiaojie was sealed when she scored 314.40 with Jiayu Chen to top the podium in the synchronised event.

The Netherlands’ Uschi Freitag and Inge Jansen were their closest challengers, but ended some way adrift on 299.10.