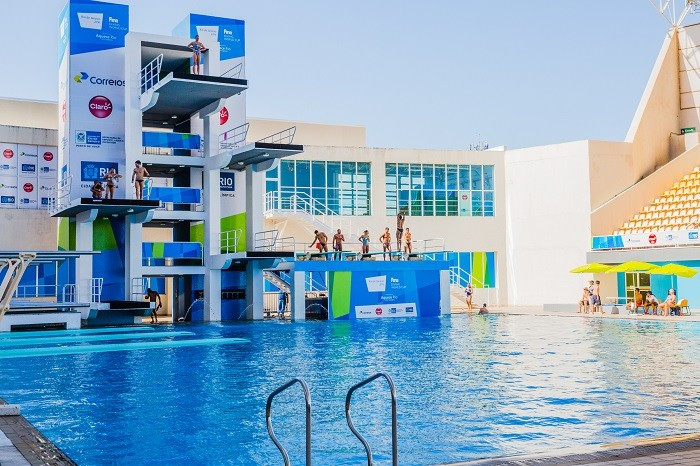 The National Public Security Force (FNSP) of Brazil has deployed 280 soldiers for the upcoming Rio 2016 diving test event with its secretary stating "the Olympics starts now".

The FNSP presented its soldiers in a ceremony held at the Barra Olympic Park, home of the Maria Lenk Aquatics Centre where 272 divers will compete at the International Swimming Federation (FINA) Diving World Cup from February 19 to 24.

"We will have [near] 50 countries [regions] in this [diving] event, with more than 270 athletes' safety under our responsibility."

Andrei Rodrigues, the special safety secretary at Brazil’s Ministry of Justice, last month assured spectators, athletes and volunteers attending the Rio 2016 Olympic and Paralympic Games that the country is prepared to deal with the threat of terrorist attacks on the host city.

Rodrigues is in charge of more than 47,000 Brazilian security professionals, who will be joined by 38,000 members of the armed services in securing the Games in August.

It is claimed the security operations around the 17-day event will be the largest in Brazilian history, and Rodrigues maintains full confidence in Rio de Janeiro remaining free from terrorism.

Rodrigues said 10,000 officers will be brought from the national force to Rio, and that there will be almost 5,000 federal police officers from other parts of Brazil.

Brazil has been urged to take security threats more seriously, particularly along its 17,000 kilometres-long border, amid growing fears over possible terrorism this summer.

It follows President Dilma Rousseff approving a proposal in October for a temporary visa-waiver scheme to be introduced for a 90-day period spanning both the Olympics and Paralympics.

Great Britain’s Tom Daley, the 10 metres platform bronze medallist at London 2012, will be among the divers in action at the test event as 88 Olympic places go up for grabs.

The competition will feature all eight Olympic events, including the men’s and women’s individual and synchronised competitions on the 3m springboard and 10m platform.

Built for the 2007 Pan-American Games, the Maria Lenk Aquatics Centre - which will also stage the synchronised swimming competition and group stages of the water polo tournament during the Olympic Games - has undergone renovations ahead of the test event.

The new facilities include a "dry training room" and a new warm-up pool that is connected to the competition pool.

"We have delivered another venue for the test events with new equipment," said Rio Mayor Eduardo Paes.

"They are apparently basic elements, but they are crucial for top-level sport."

After the Olympic Games the Maria Lenk - one of two existing venues, along with the Rio Olympic Arena, among the nine inside Barra Olympic Park - will form part of the Olympic Training Centre.

The facilities will continue to be used by high-performance athletes and to host top-level competitions, as well as being made available to social projects and students from the Olympic Experimental School that will be constructed inside Carioca Arena 3 - the Rio 2016 venue for fencing, taekwondo and Paralympic judo.

Diving will be the fifth test event staged in Barra Olympic Park, the largest venue cluster, following the tennis tournament and the basketball, powerlifting and wrestling events, all of which were staged in Carioca Arena 1.