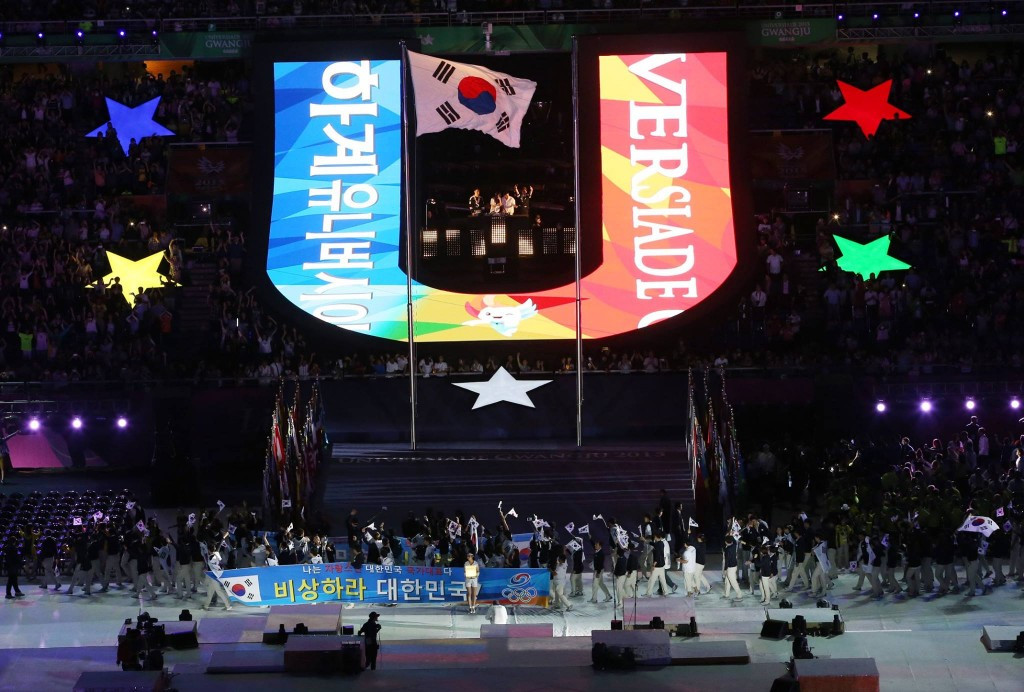 The three-hour show was titled "U Are Shining: Youth is the Light of the Future" and directed by Park Myung-sung, who has previously worked on "Aida" and "Mamma Mia!" among other hit musicals

The Opening Ceremony highlighted the city of Gwangju's idealistic image - a city filled with light as its name says in Korean - into a musical featuring a mix of modern electronic dance music and Korea's traditional sounds.

The show started with K-pop group "Brown Eyed Girls" performing two of their hit numbers before the Korean Air Force's "Black Eagles" team flew over the Stadium to open the show.

Approximately 13,000 university athletes from 146 countries will be competing in the Games, where a total of 272 gold medals in 21 sports will be awarded over 12 days.

After urging the athletes to be ambitious and dream big, he said "Saranghaeyo", Korean for "I love you".

Gwangju 2015 is the third occasion South Korea has hosted the Universaide, following the 2003 Summer Games in Daegu and 1997 Winter event in Muju.

It is set to be the largest Games ever, surpassing that of the Kazan Universiade in 2013.

But the Opening Ceremony was missing North Korea, who had planned to compete in eight sports but announced last month they were boycotting the Games in protest at United Nations setting up an office in Seoul to monitor the human rights record.

The deadly disease Middle East Respiratory Syndrome MERS, which has killed 33 people in South Korea since its outbreak in May, has also overshadowed the build-up to the opening of the Games.

A total of 11 gold medals are due to be awarded tomorrow.

The first gold medal will come from women's 1 metre diving.

The other gold medals will be awarded in fencing, judo and swimming.