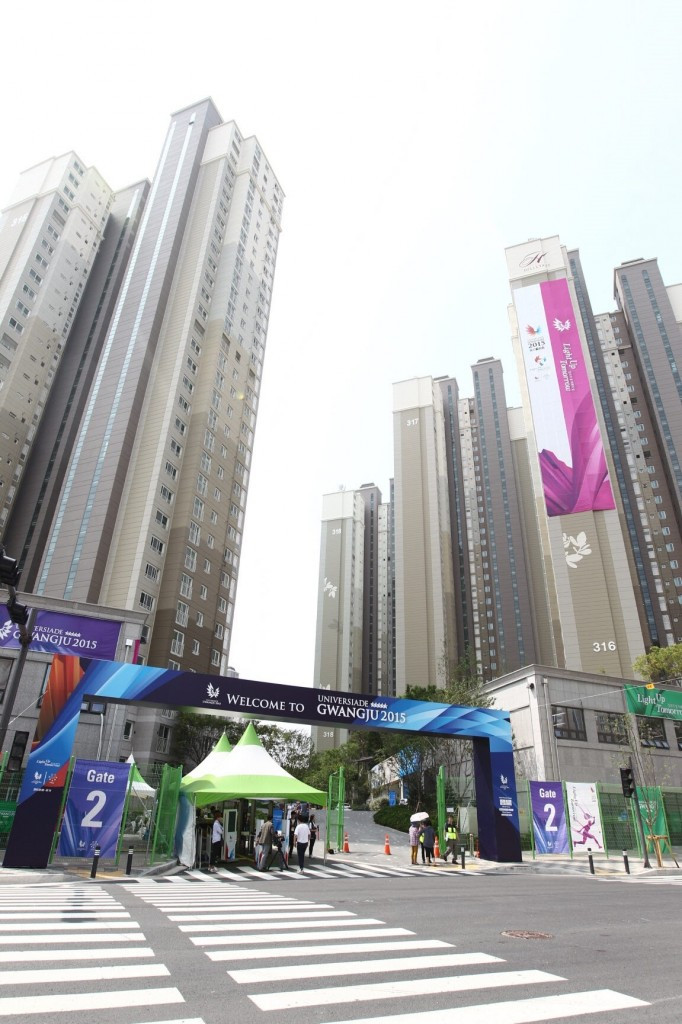 Gwangju 2015 have allowed media to access the Summer Universiade Athletes’ Village prior to its official opening on June 26.

The Athletes Village media day was designed to give the media an opportunity to tour and provide coverage on the facilities that the athletes will be using throughout the Universiade which is due be held from July 3 to 14.

As part of the day the media were greeted by a performance of South Korean traditional music, held at the flag plaza, before commencing the tour.

Among the areas visited by the journalists were the main information centre as well as the polyclinic, to ensure that the facilities are ready to cope with the demand from the 600 athletes and officials from 40 different countries who are expected to stay in the Village.

They were also given the opportunity to try the meals that will be on offer to the athletes at the Athletes’ Village dining hall, which will be a buffet style format with cuisines ranging from western, eastern, vegetarians and halal.

The build-up to the Universiade has been overshadowed by the news that North Korea have withdrawn from competing in South Korea for political reasons, while the outbreak of MERS-CoV has been another concern for Gwangju 2015 to contend with.

As a precaution heat sensors are installed at the gates, entrance of the Atheletes’ Village dining hall and the Polyclinc aimed to prevent the spread of the virus with the athletes health condition set to be checked by the thermo-scans.

In total 13,334 delegates are from over 145 countries are expected to attend the Universiade with Gwangju 2015 confirming that since June 3 around 2,363 from 30 countries have registered to attend.