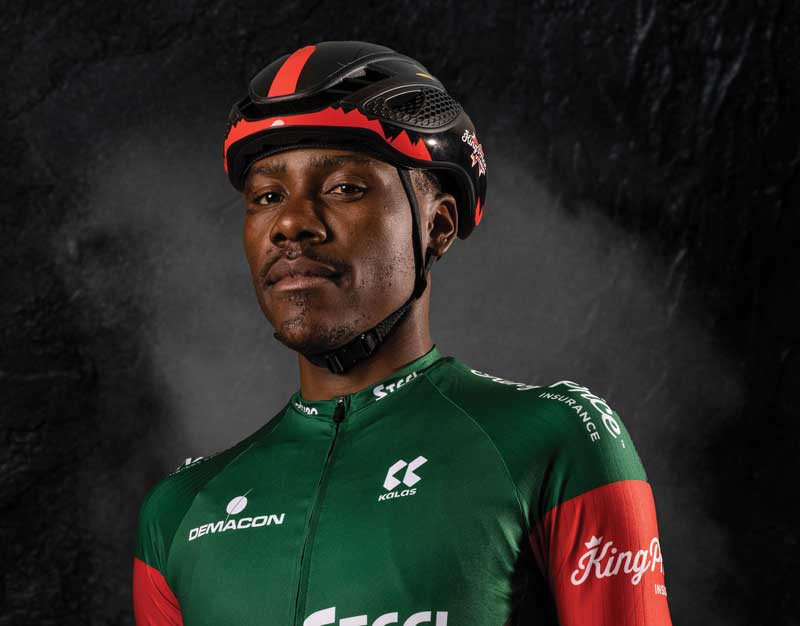 Zimbabwe mountain biker Pressmore Musundi is hoping to compete at this year’s African Games in Ghana, despite being born without any toes on both feet.

Musundi has established himself as one of the leading riders in South Africa and earned a professional contract with the Trialwolf Lions Club.

Musundi was born in Zimbabwe but left the country as a 14-year-old to find a job across the Limpopo River.

He was employed as a gardener by Mooikloof Estate in Pretoria, who gave him a bike to ride to and from work.

Musundi was then invited to join the Pretoria South Lions Club, with his performances catching the eyes of Trialwolf Lions Club.

"I was born with no toes on both feet," Musundi told Zimbabwe newspaper The Chronicle.

"I grew up in a rural area but used to visit Harare.

"I started school but unfortunately had to drop out of secondary school in 2004 when my dad passed away.

"That’s when I came to South Africa.

"Cycling has always been my passion since I was five-years-old.

"I used to use Buffalo bikes to travel to school but had no idea that it would end up becoming my career.

"When I first arrived in South Africa, searching for a better life, I started working as a gardener at Mooikloof Estate.

"There, the people I worked for bought me 24-inch mountain bike so that I could get to work."

This year’s African Games, due to take place in Accra between August 4 and 19, is Musundi’s next target.

"It would be such an honour to qualify for the African Games," he said.

"I’d love to help inspire others and help them realise that their dreams are worth chasing, no matter where they come from."

Kimberley Le Court of Mauritius stopped a clean sweep as she took the gold medal in the women’s cross-country marathon.