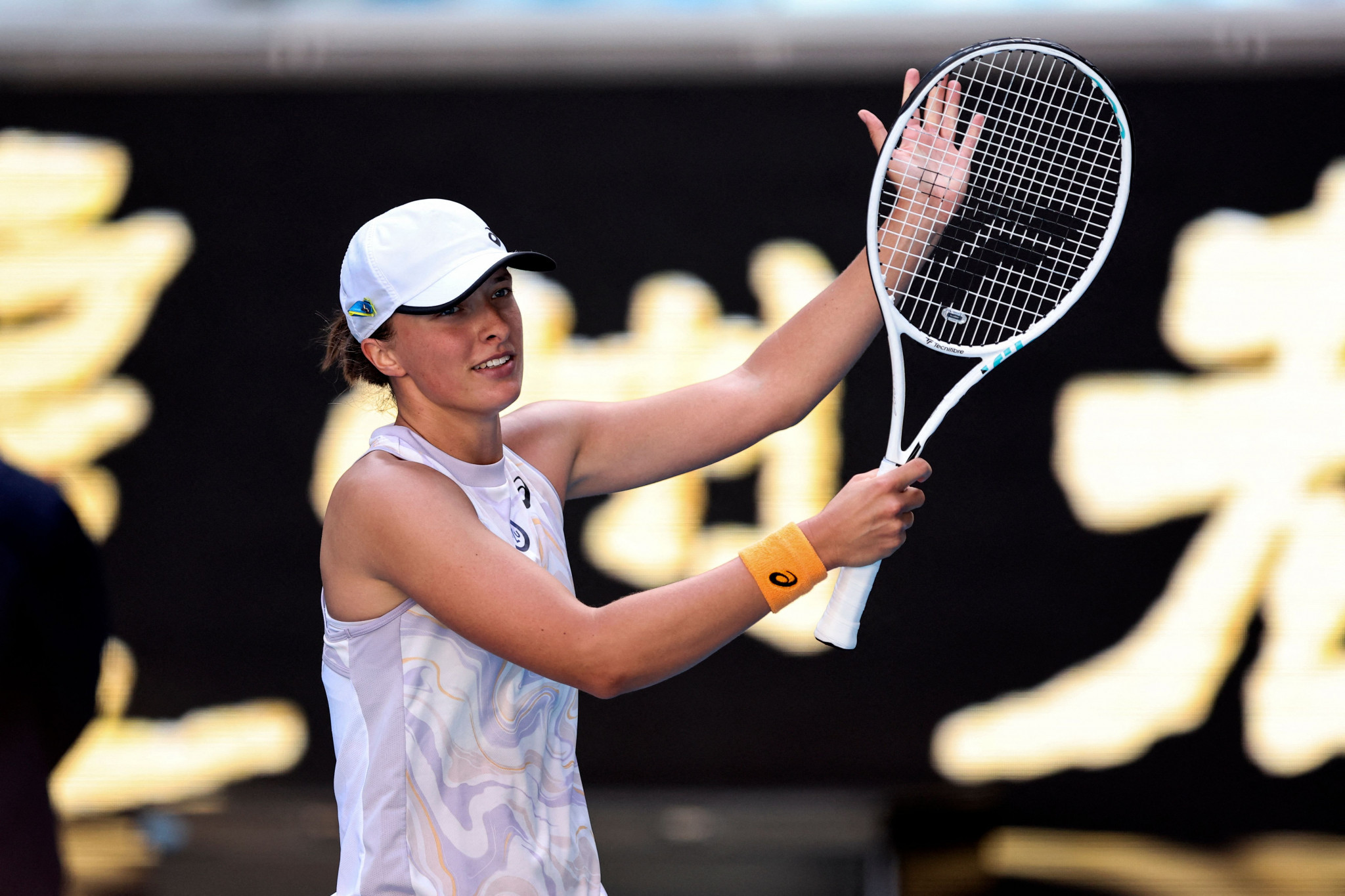 The third round of the Australian Open started today, with Polish world number one Iga Świątek and Americans Jessica Pegula and Coco Gauff thrashing their opponents, as day five proved a more profitable one for seeded players.

Świątek had her most comfortable victory of the tournament so far against Spanish qualifier Cristina Bucșa, who delivered an upset against Canadian Bianca Andreescu in the previous round.

Zhu has made the fourth round of a Grand Slam for the first time where she is set to take on 24th seed Victoria Azarenka, playing as a neutral, who came from a set down to beat American 10th seed Madison Keys 1-6, 6-2, 6-1.

A couple of shocks came in the men's singles, with the two-time Australian Open finalist Daniil Medvedev, playing as a neutral, unable to make a third in-a-row after losing in straight sets to American 29th seed Sebastian Korda 7-6, 6-3, 7-6.

The 21-year-old has been rewarded with a showdown against Canadian sixth seed Félix Auger-Aliassime.