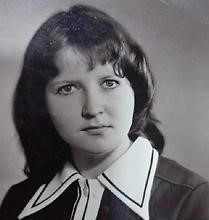 A member of the Soviet Union team that won the Olympic gold medal in handball at Moscow 1980 has died, the National Olympic Committee of Ukraine (NOCU) reported.

Lutaeva was born in Zaporizhzhia, which has been the scene of heavy fighting since Russia’s invasion of Ukraine last year.

"The Olympic community of Ukraine suffered a heavy loss," the NOCU said on its website.

Lutaeva was the goalkeeper in the Soviet Union team that won all five of its matches at the Olympics in the Russian capital to claim the gold medal.

She made her international debut in 1977, the year after the Soviet Union had won the first women’s Olympic handball tournament at Montreal 1976.

Lutaeva retired in 1984, the year that the Soviets were unable to defend their Olympic title at Los Angeles 1984, after the country boycotted the Games.

After her career finished, Lutaeva worked as a physical education teacher in Zaporizhzhia, where she died on January 12.