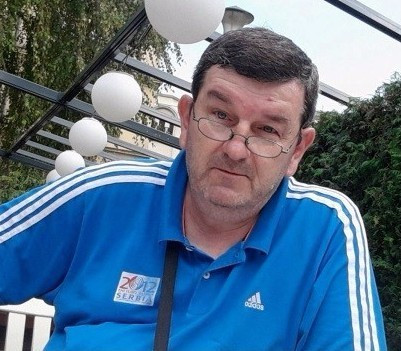 The International Handball Federation (IHF) have paid tribute to former player and referee Slavko Miljanović, who has died at the age of 59 in Belgrade.

A former player, he worked as secretary of the Serbian handball club IM Rakovica.

After he started officiating matches in 1981, Miljanović was an European Handball Federation referee from 1995 to 2002.

Together with his colleague Zoran Tijanic, they were widely regarded among Serbia’s best referees.

Later on he worked for the Serbian Handball Federation, including roles within the Organising Committees of the men’s and women’s EHF European Championships in 2012 and the 2013 women’s World Championship.

IHF President Hassan Moustafa said in a statement: "On behalf of the International Handball Federation, I would like to convey his deepest condolences to Slavko Miljanović’s family and friends and the Serbian Handball Federation."

The EHF also offered "its deepest condolences at this difficult time to Slavko Miljanović's friends, colleagues and family".

The cause of death is yet to be confirmed.