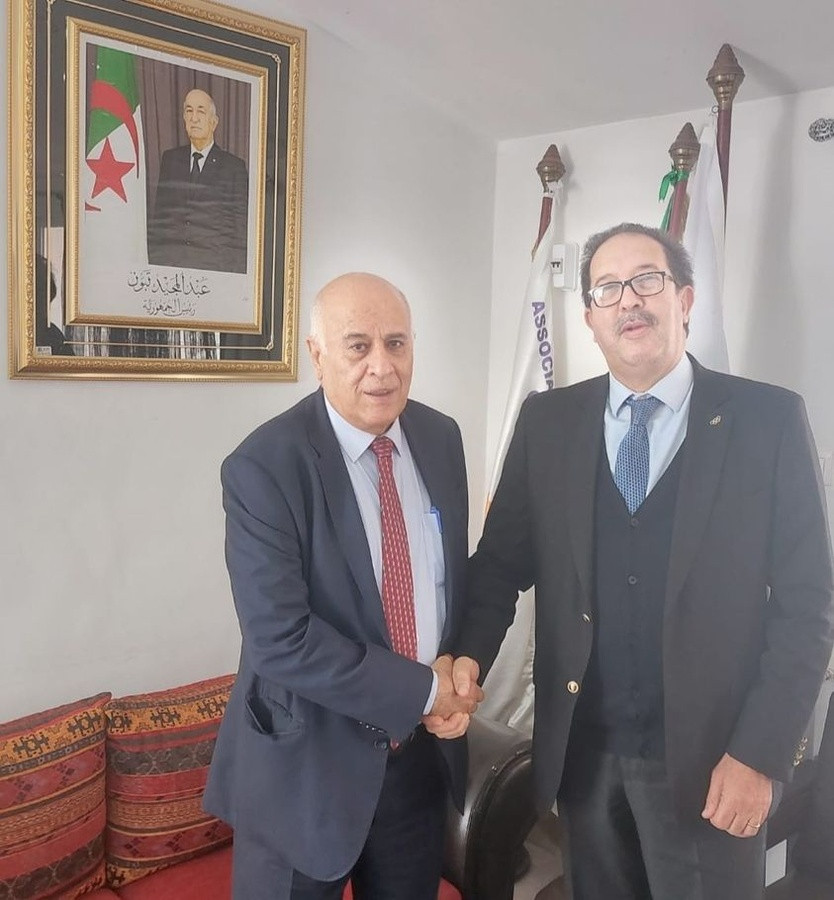 The challenge facing Palestine sport topped he agenda at a meeting between Jibril Rajoub, President of the Palestine Olympic Committee (POC), and his counterpart  at the the Association of National Olympic Committees of Africa (ANOCA), Mustapha Berraf.

During the discussions, which took place in the Algerian capital of Algiers, Rajoub was accompanied by the Ambassador of State of Palestine to Algeria, Faiz Abu Aita.

Also in attendance was the secretary general of the Palestine Football Association (PFA), Faras Abu Hilal.

Rajoub is also President of the PFA.

Berraf, re-elected as President of ANOCA in 2021, is also a member of the International Olympic Committee.

In September last year Rajoub welcomed the International Olympic Committee (IOC) President Thomas Bach on a two-day visit to Palestine en route to prior to his meetings in Israel and Jordan.

Rajoub was accompanied by the Governor of Ramallah, Laila Ghannam.

Bach also met the Palestine National Council President Rouhi Fatouh and visited the POC headquarters to speak with members of the Executive Board and National Federation leaders.

Palestinian news agency Wafa reported that Bach expressed his support for Rajoub's proposal to create an Olympic stadium in Palestine and had vowed that the IOC will continue to support the POC's efforts to prepare its athletes for next year's Olympics in Paris.

Wafa also reported that Fatouh described Bach's visit as a reflection on "the international recognition that Palestine has achieved", and called on the IOC to stop Israeli sports activities on Palestinian territories.

Palestine made its Olympic debut at Atlanta 1996 and has competed in every Summer Games since.

But the country is still waiting to win its first medal.

At the re-arranged Olympic Games in Tokyo in 2021, it sent a team of five athletes made up of three men and two women who competed in four disciplines - athletics, judo, swimming and weightlifting.