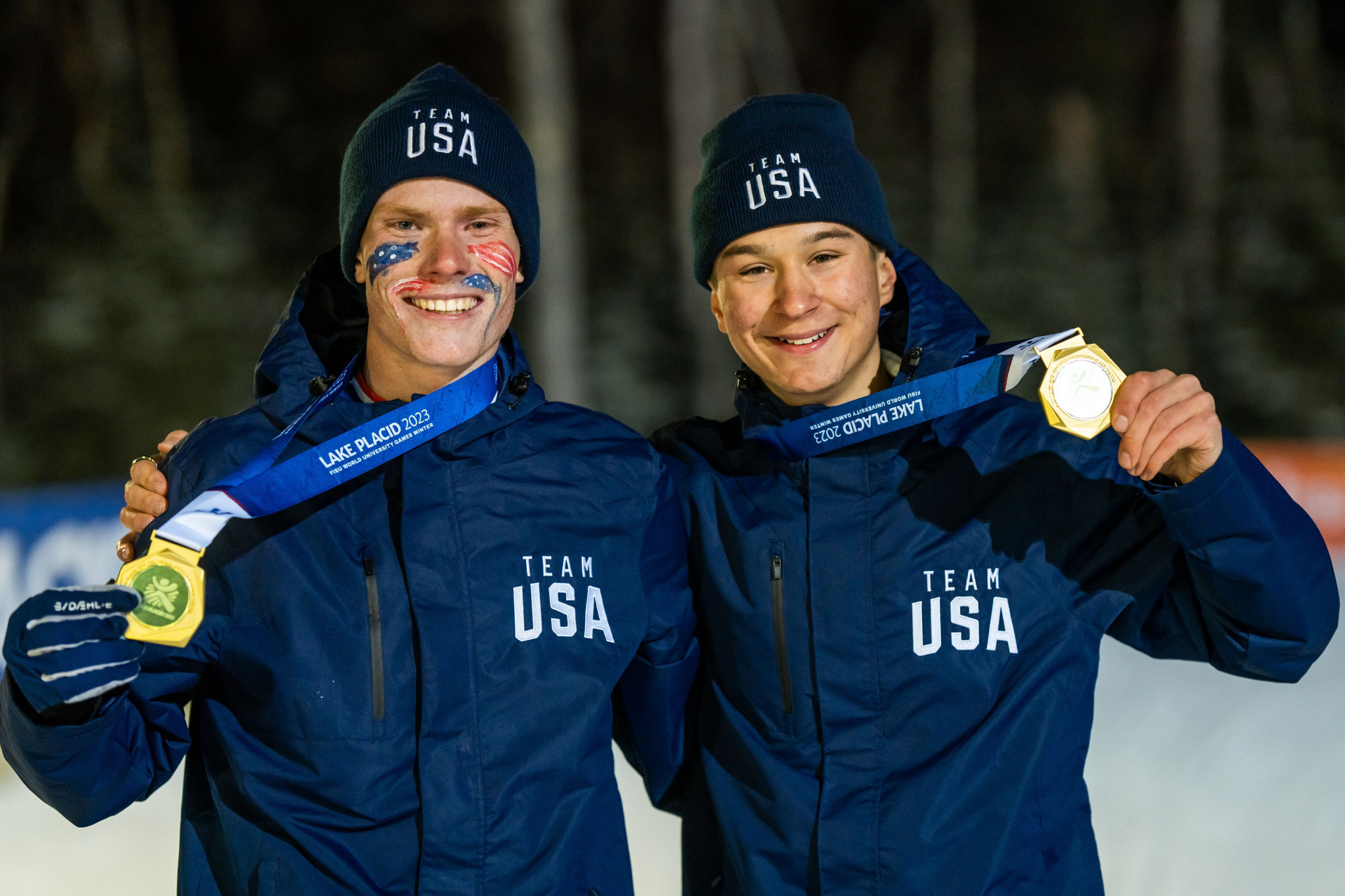 After four silvers and a bronze, the US finally got their hands on the top prize at the end of day five of competition at Lake Placid 2023.

It came in the mixed team sprint at Mount van Hoevenberg where Malacinski and Nichols came from behind to snatch victory.

Japan's Takuya Nakazawa and Sakutaro Kobayashi had a 25-second head start after the ski jumping round where they secured 235.8 points.

But the Japanese duo were gradually hunted down by the American pair who triumphed in 24min 51.1sec as Nichols embraced Malacinski at the finish.

Nakazawa and Kobayashi finished 7.4 off the pace to take silver, while Ukraine's Dmytro Mazurchuk and Vitalii Hrebeniuk rounded out the top three for bronze in 25:33.2.

Despite seeing the US snatch gold away from them, Japan still had a day to savour with two more titles to increase their lead at the top of the medal table with 11 golds.

There was a Japanese one-two-three at the Olympic Speed Skating Oval where Taiyo Nonomura captured the men’s 1500 metres crown.

Nonomura’s track-record time of 1:49.93 ensured that Japan pulled off another podium sweep.

Kazuya Yamada and Motonaga Arito followed their compatriot with silver and bronze in respective times of 1:50.08 and 1:50.42.

The victory came after South Korea’s Park Ji-woo snatched the women's 1500m gold medal, backing his success in the 3,000m.

The South Korean, who was the last skater to take to the ice, broke the track with a time of 2:04.41.

Poland's Natalia Jabrzyk was forced to settle for silver, despite her time of 2:06.19 also being a record time before Park’s display.

Veronika Antosova of the Czech Republic was 0.44 off Jabrzyk as she earned bronze.

Japanese cross-country skier Ryo Hirose secured his second gold of the Games with victory in an emphatic victory in the men’s 10km individual classic final.

After teaming up with Rin Sobue to win the mixed team sprint classic crown on the opening day of competition, Hirose showed great form again to win by a whopping 34.7.

Hirose's time of 24:37.0 saw him replace Mikayel Mikayelyan of Armenia who had led only to miss out on a medal.

Compatriot Andreas Kirkeng crossed the finish line in 24:54.6 to earn bronze, moving ahead of Mikayelyan.

The Finn clinched gold in 13:20.8 to deny Mariel Pulles another title after the Estonian won the women's sprint free earlier this week.

The women’s giant slalom gold medal went to Leonie Floetgen who lead a German one-two at Whiteface Mountain.
Floetgen beat compatriot Fabiana Dorigo by 0.14 with a superb time of 2:07.04 across the two runs.