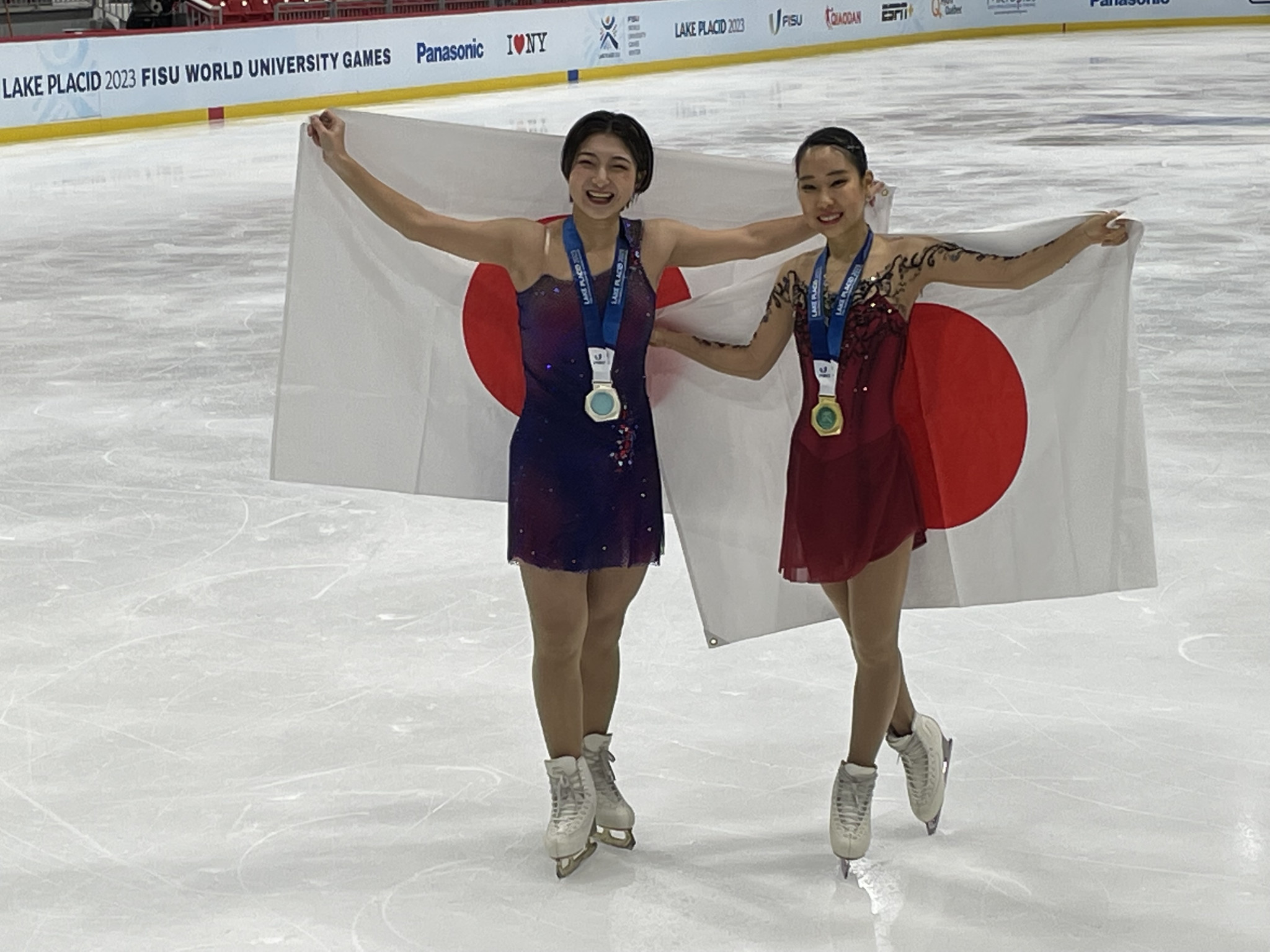 Sakamoto was the clear favourite for gold and was leading after the short programme, but she buckled under the pressure from Mihara at the Olympic Center in Lake Placid.

Sakamoto needed 142.79 to be crowned champion but she failed to produce her best, suffering two big falls in an uncharacteristic error-strewn display.

The bronze medal went to South Korean Kim Ye-lim who clinched her place in the top three with a score of 200.16.

Yamamoto followed up his stunning short programme on Friday (January 13) with a mesmerising free skate that him finish on 274.86 as he clinched a well-deserved victory.

It was a Japanese one-two as Tatsuya Tsuboi sealed silver with 243.82, while Nikolay Memola of Italy bagged bronze with 231.33.

The victories for Yamamoto and Mihara capped a golden day for Japan who won five of the eight titles on offer.

The Kasai twins were once again finishing atop the Nordic combined medal podium.

Haruka came first in the cross-country run, but Yuna overhauled her in the ski jumping round with a formidable jump that saw her amass a huge score of 122.2.

On this occasion, Haruka had to settle for silver with 113.6, while Poland's Joanna Kil denied a Japanese podium sweep, finishing on 87.9 for bronze as Japan's Sana Azegami was 0.2 short.

There was also a gold for Japan in the men’s individual mass start as Sakutaro Kobayashi emerged victorious.

Kobayashi overcame an 18.4 point penalty picked up in the cross-country segment by setting a monstrous score of 143.0 which resulted in 124.6 overall.

It ensured that he beat American Niklas Malacinski who amassed 119.2 despite winning earlier in the day.

The bronze went to Malacinski's compatriot Evan Nichols, with the 19-year-old posting a total of 105.7.

Speed skater Kayuza Yamada secured Japan’s first gold of a memorable day as he stormed to the men’s 1000 metres title at the Speed Skating Oval.

The track record was broken four times, with Yamada set the mark of 1min 12.38sec.

Yamada’s success sent Japan on their way as they improved their tally to eight gold medals overall to move clear at the top of the standings.

Min-sun was joined on the podium by compatriot Park Chae-eun who clocked 1:21.85 for bronze.

The Finnish cross-country skier finished the 1.5-kilometre course in 2:34.74 to take the title.

Mariel Pulles of Estonia won women's sprint free gold in a time of 2:54.57.