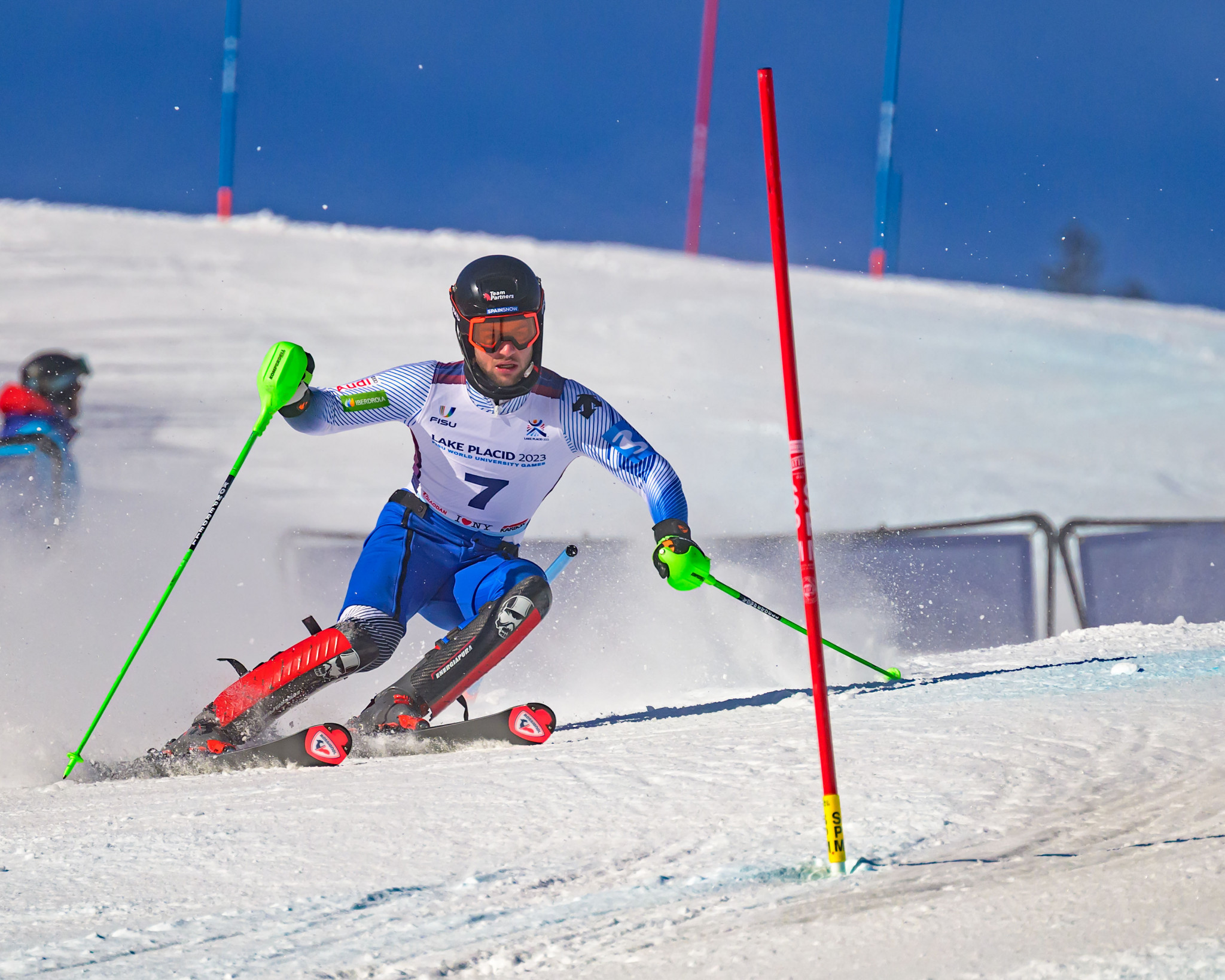 The Czech Republic's Jan Zabystřan was the favourite to take the men's title after his superb performance in yesterday's super-G.

However, the Pyeongchang 2018 Olympian suffered a minor wobble midway through his decisive run which ultimately cost him gold.

He finished 0.5 behind eventual champion Ortega, and had to settle for bronze.

Ortega, who registered a time of 1:42.88, was clearly nervous watching Zabystřan's run but erupted out his chair with joy when his triumph was confirmed.

Lithuania's Andrej Drukarov was delighted to take silver as he finished just 0.01 in front of Zabystřan.

In the women's event, Abad snatched gold away from her opponents with the last run of the super-G segment.

The 22-year-old posted a time of 1:42.13 to join compatriot Ortega as their country's sole champions of the Games.

She pipped France's Julia Socquet Dagoreau to the title by 0.46 while Germany's Leonie Floetgen had to settle for bronze with a time of 1:43.05.

Socquet Dagoreau's countrywoman Louison Accambray was shunted off the podium as she finished 1.10 off the pace.

She dominated the race and left Slovakian silver medallist Nikola Fricova in her wake.

Elizabeth Anne Filiatrault snatched the bronze medal ahead of Klara Kasparova of Czech Republic in a photo finish.

He triumphed in the men's ski cross after surging ahead of German duo Tim-Ole Mietz and Niklas Illig while American Jack Mitchell finished in last place in front of the home crowd.

Konderla's compatriot Kinga Rajda was way off the mark with 209.7 but it was still enough to secure bronze.

Danil Vassilyev struck gold for Kazakhstan after racking up 257.3 points across two attempts in the men's normal hill.

The Austrian duo of Maximilian Lienher and Timon-Pascal Kahofer rounded out the top three with scores of 251.4 and 248.8.

Five-time Olympic gold medallist from the United States Eric Heiden had held the track record with 7.02.29 for 43 years.

Prior to that, the women's 3000m benchmark was also smashed as Canadian Laura Hall crossed the line in 4:25.70.

South Korea's Park Ji-woo put up a respectable 4:28.18 to take silver while Rose-Anne Grenier, also of Canada, rounded out the podium in 4:29.10.

The Czech Republic's Tereza Jandova and Jakub Kocian combined to win the country's second gold of the Games with a time of 37:25.3 in the single mixed relay biathlon race.