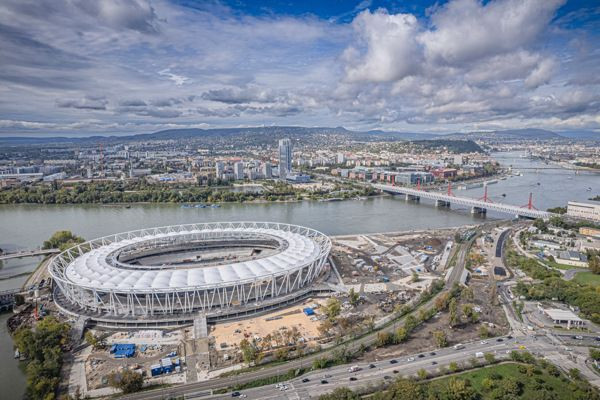 State Secretary for Budapest Balázs Fürjes believes the city is "even more" capable of staging the Olympics but insists a decision to bid for the 2036 Games rests with the Hungarian Olympic Committee.

Budapest was in the running for the 2024 Olympics only to withdraw its bid in 2017 following public opposition as Paris went on to secure the hosting rights.

Fürjes was chairman of the Budapest 2024 Bid Committee but believes the city is in a better position now to stage the Games.

Budapest has created the Duna Arena and Puskás Aréna and is set to add the 40,000-capacity National Athletics Centre that is due to host this year’s World Athletics Championships, starting on August 19 and concluding on August 27.

"I am passionate about the Olympic Games,” Fürjes told insidethegames in an interview for the BIg Read.

"However, the Hungarian Olympic Committee and the City of Budapest that will have to come up with the idea when they think the time is right to approach the Olympic Games again.

"Even compared to 2017 when we bid only to withdraw due to political turbulence, Budapest is a different city.

"We also have the hotel infrastructure in the city that has been upgraded by the private sector."

Budapest last bid for the Olympics when it launched a campaign for the 2024 Games but decided to withdraw after youth campaign group Momentum Mozgalom collected enough signatures to hold a referendum on their candidature as part of the "NOlimpia" protest.

The International Olympic Committee (IOC) ultimately awarded the 2024 Olympic and Paralympic Games to Paris, giving Los Angeles the events in 2028 at the same time.

"There is still a lot to do on transportation but it was a viable city capable of hosting the Olympic Games in 2017 and we had an excellent evaluation from the IOC as all three series of the bid books were delivered that were requestioned," Fürjes told insidethegames.

"If it was capable then it is even more capable but first the Hungarian Olympic family and the city has to consider.

"When they say the time is right, I am sure the country will get behind it."

Egypt, Germany, India, Indonesia, Mexico, Qatar, South Korea and Turkey are among the countries that have expressed an interest in bidding for the 2036 Olympics.

You can read the full interview by clicking here.