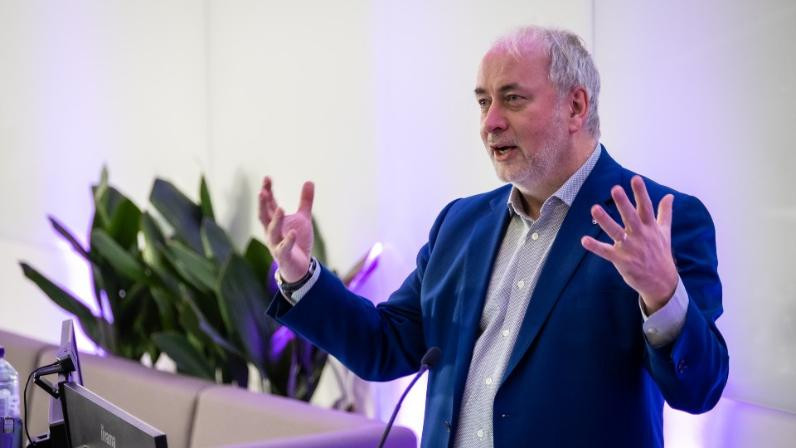 Scientists have insisted that sport will be a "leading innovation driver for the Metaverse", at a gathering of specialists in sport, technology and artificial intelligence at London's Olympic Park.

Speakers described the metaverse as a three-dimensional virtual reality, where individuals can interact with digitally generated objects and images to "explore alternative worlds".

Delegates discussed how technology could be harnessed by sport.

"What's unique about our approach today is that we are exploring the future with the very specific case study of sport," MIT Sloan senior lecturer Ben Shields explained.

"Sport has been an innovation driver for many technologies in the past whether that be radio, television, mobile phones or social media.

"It is quite likely that sport will be a leading innovation driver for the metaverse moving forward."

Delegates discussed how the metaverse could be used to engage sports fans in new ways, such as replicating experiences from the point of view of the athletes.

Augmented Reality (AR) technology has already been employed by Olympic Broadcasting Services during their coverage of the Rio and Tokyo Olympics and at the 2022 FIFA World Cup.

"It is also an important step in our long-term strategy as we engage with our international colleagues from MIT to form a solid foundation to co-create, tackle and define areas of future opportunity.

"Those perspectives from both sides of the Atlantic are really interesting as we come together with the real leaders in this area to see what themes are emerging and what the art of the possible is."