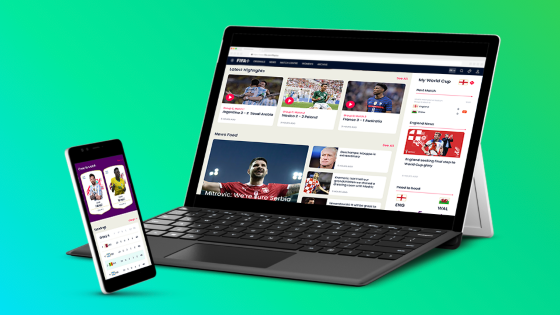 FIFA has claimed that its platform FIFA+ will redefine the way in which fans all over the world enjoy the FIFA World Cup as it prepares to launch its "full tournament offering" prior to the beginning of the tournament in Qatar on November 20.

It will be available in 11 languages and will feature highlights, the FIFA+ stadium experience, games such as fantasy football and digital sticker collecting, the FIFA store, archive footage and original programmes, and full tournament coverage.

The platform is also designed to complement the competition's broadcasters by helping fans to find their favourite team's live games through the "where to watch" feature.

"This is a significant moment, as we welcome the entire world to FIFA+ during the FIFA World Cup in Qatar," said FIFA director of strategy Charlotte Burr.

"FIFA+ is set to truly change the game by providing a new blueprint for how fans enjoy their World Cup on FIFA’s channels for years to come.

“FIFA+ is set to become the official companion experience for the tournament, giving fans around the world a unique and personal experience and reshaping how they enjoy sport’s biggest tournament now and into the future."

The FIFA+ stadium experience has been labelled as ground-breaking.

Behind-the-scenes content will also be produced as the governing body aim to make the free service the "all-in-one destination for FIFA World Cup fans."

It will be available on the mobile app for fans attending the match in-person and features a live augmented reality overlay of stats, heatmaps, insights, different camera angles, and VAR replays.

FIFA+ was launched in April of this year as an over-the-top service aimed at providing more than 40,000 live matches per year before being added to for the World Cup.

"The completely free platform, which launched with a slate of original content, in-depth archive, and extensive live coverage, is transforming ahead of the tournament to welcome a host of new, immersive, and engaging features that will provide a truly game-changing experience for fans around the world," said a FIFA statement.