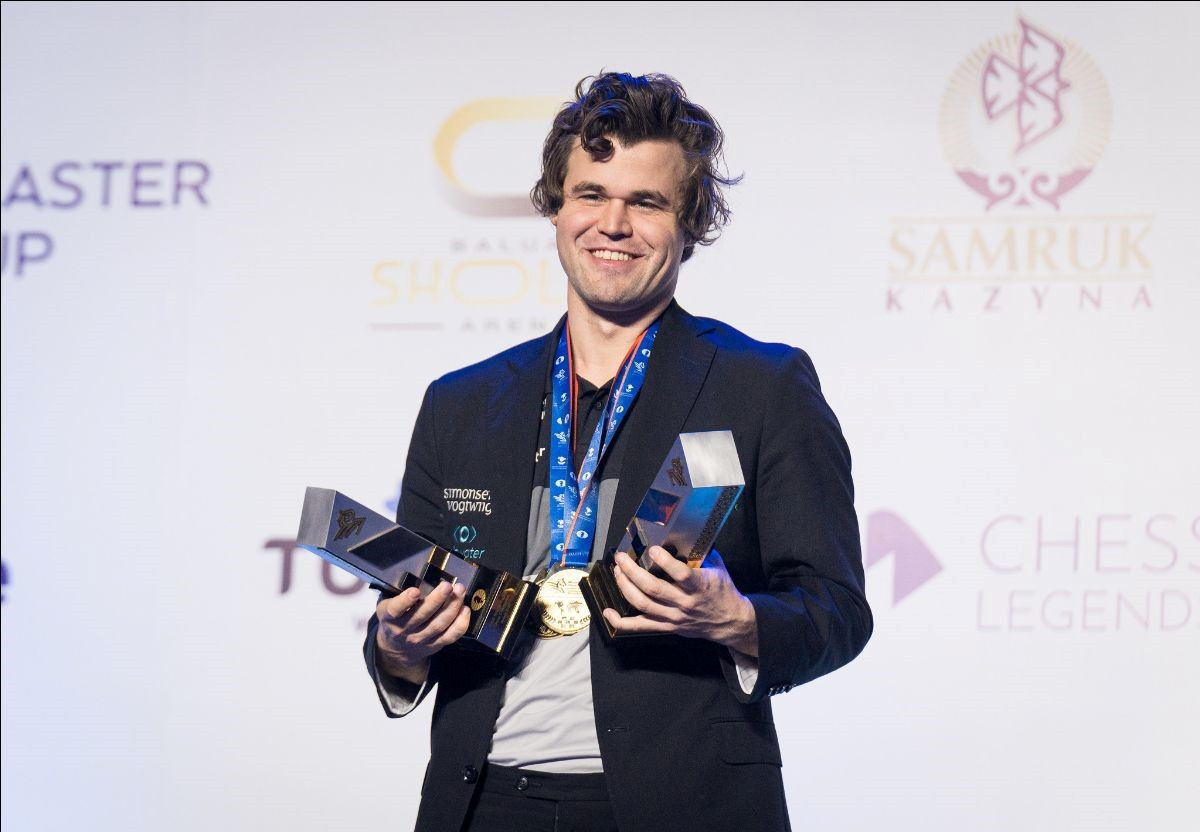 Magnus Carlsen has clinched both men's golds in the World Rapid and Blitz Chess Championships in Almaty while Tan Zhongyi of China and Kazakhstan's Bibisara Assaubayeva won the respective women's titles.

Tan won the women's title after going down to the wire with Kazakhstan's Dinara Sadaukassova in the 11 rounds of regulation fixtures.

Both players finished on 8.5 which meant the winner had to be decided in a tiebreak.

The first game was drawn but the second went Tan's way.

Carlsen then struck gold again as he finished with 16/21 in the Blitz event.

In the final round, he faced Uzbekistan's Nodirbek Abdusatorrov with both competitors in an equal position but prevailed to confirm his lone status atop the standings.

"This is a really tough event.

"It started great yesterday but I wasn't feeling I had a lot of energy.

"Yesterday I was trying to survive until day two and see if I had some chance.

"Today I felt a little bit better than yesterday and I tried to win as many games as I could."

Assaubayeva took her second consecutive gold in the women's tournament with a score of 13/17.

Having started day two of the Blitz a full point and a half behind the leaders, Assaubayeva had a spectacular second day where she won seven games and lost just one to surge to victory.

"I am very delighted that I won in my home country," she said.

"I felt I had a lot of responsibility on my shoulders.

"Unfortunately, I got sick after the first day of the Rapid so I wanted to show all my strength in the Blitz."

During the Championships, Iranian player Sara Khadem competed without a hijab which is mandatory under the country's strict dress code.

It is thought to have been done in protest of the Government and the ruling.

Demonstrations have taken hold of Iran following the death of Mahsa Amini who died in police custody after being arrested for not wearing a hijab.