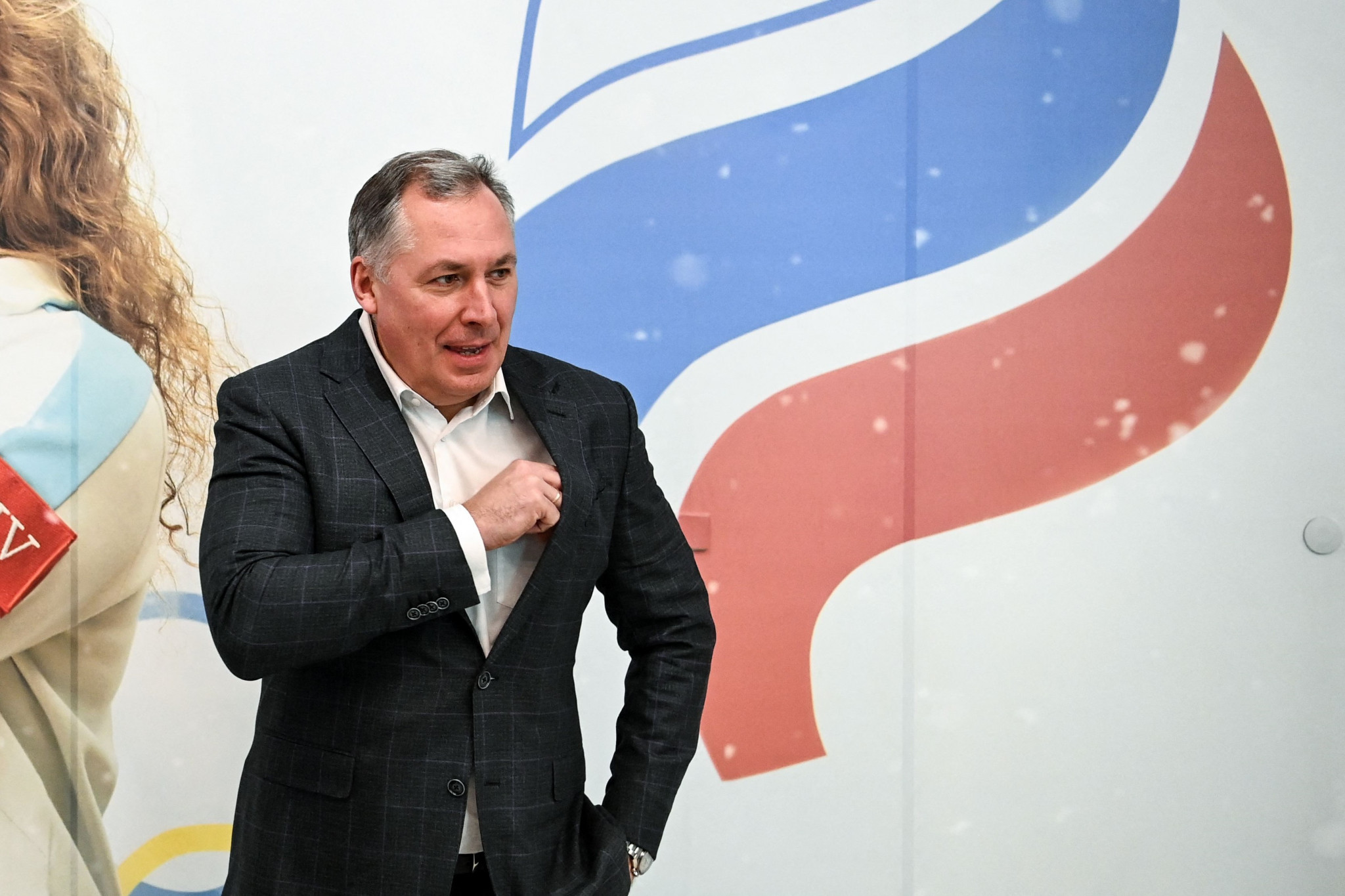 Representatives of the Olympic Movement including Russian Olympic Committee (ROC) President Stanislav Pozdnyakov have arrived here for tomorrow's Olympic Summit, where the war in Ukraine is expected to be high on the agenda.

The attendance of Pozdnyakov is controversial, after the ROC President claimed in September that Russia's athletes should be honoured to fight in the war of Ukraine if they were called up.

It has been labelled "unacceptable" by National Olympic Committee of Ukraine President Vadym Guttsait, who urged "Russians cannot be allowed to use sports to legitimise military actions in Ukraine."

Guttsait is also Ukraine's Sports Minister and competed alongside Pozdnyakov in the United Team which won men's sabre gold at the Barcelona 1992 Olympics.

Chaired by President Thomas Bach, representatives of the IOC are set to be joined at the Olympic Summit by officials from leading International Federations and National Olympic Committees, as well as the heads of recognised organisations and Continental Associations.

The Summit is due to be held at Olympic House, although those invited have also been given the option to attend virtually.

It is billed as forming "part of the ongoing dialogue and consultation on important issues and subjects of significance for the future of the Olympic Movement".

The IOC's measures taken against Russia and Belarus in response to the war in Ukraine are set to feature heavily among the discussions.

Both countries have been largely frozen out of international sport since the end of February.

The IOC has recommended that athletes and officials from Russia and Belarus are excluded from competitions, although it insists this is a "protective measure" and distinct from sanctions implemented against both countries' Governments.

Pozdnyakov's presence at the Association of National Olympic Committees (ANOC) General Assembly in Seoul in October drew opposition from some European countries, and in his capacity as chair of the Culture and Education Commission he presented two videos which included two events in Russia that took place after the outbreak of the war.

ANOC President Robin Mitchell admitted that one of the videos "probably should not have been shown if we had seen that earlier".

China and Russia continue to enjoy a broadly cooperative relationship, but the war in Ukraine has marked a further decline in Moscow's ties with the US.

However, the USOPC has confirmed it plans to attend the Olympic Summit.

"Susanne and Gene [Sykes, who is set to take over at the end of the year] are traveling to Lausanne later this week for the Olympic Summit," a spokesperson told insidethegames.

"We certainly appreciate the opportunity to collaborate around advancing the Movement."

Bach has insisted that sanctions against the Russian and Belarusian Governments remain in place, but has said "we need to explore ways to overcome this dilemma" on the participation of athletes.

He said yesterday that the IOC Executive Board believes the organisation should make its aims to achieve its "unifying mission" clear at the Summit.

"All the members of the IOC Executive Board emphasised the importance for the Olympic Movement to accomplish its unifying mission as it has always done with regard to too many other conflicts and wars, past and present," Bach commented.

"The Olympic Movement must be a unifying force and not a dividing force.

"This is the mandate the IOC Executive Board today unanimously gave to the representatives of the IOC in the Olympic Summit on Friday."

Other topics expected to be discussed include the Beijing 2022 Winter Olympics, the upcoming Paris 2024 Olympics and an update on the 2030 Winter Olympics, for which the IOC is no longer targeting next year's Session to select a host.

As well as Bach, vice-presidents Ng Ser Miang, John Coates, Nicole Hoevertsz and Juan Antonio Samaranch and Executive Board members Emma Terho and Nenad Lalovic are in Lausanne to represent the IOC at the Summit.

Executive Board members Ivo Ferriani and Mitchell are attending in their capacities as Association of International Olympic Winter Sports Federations and ANOC Presidents, respectively.