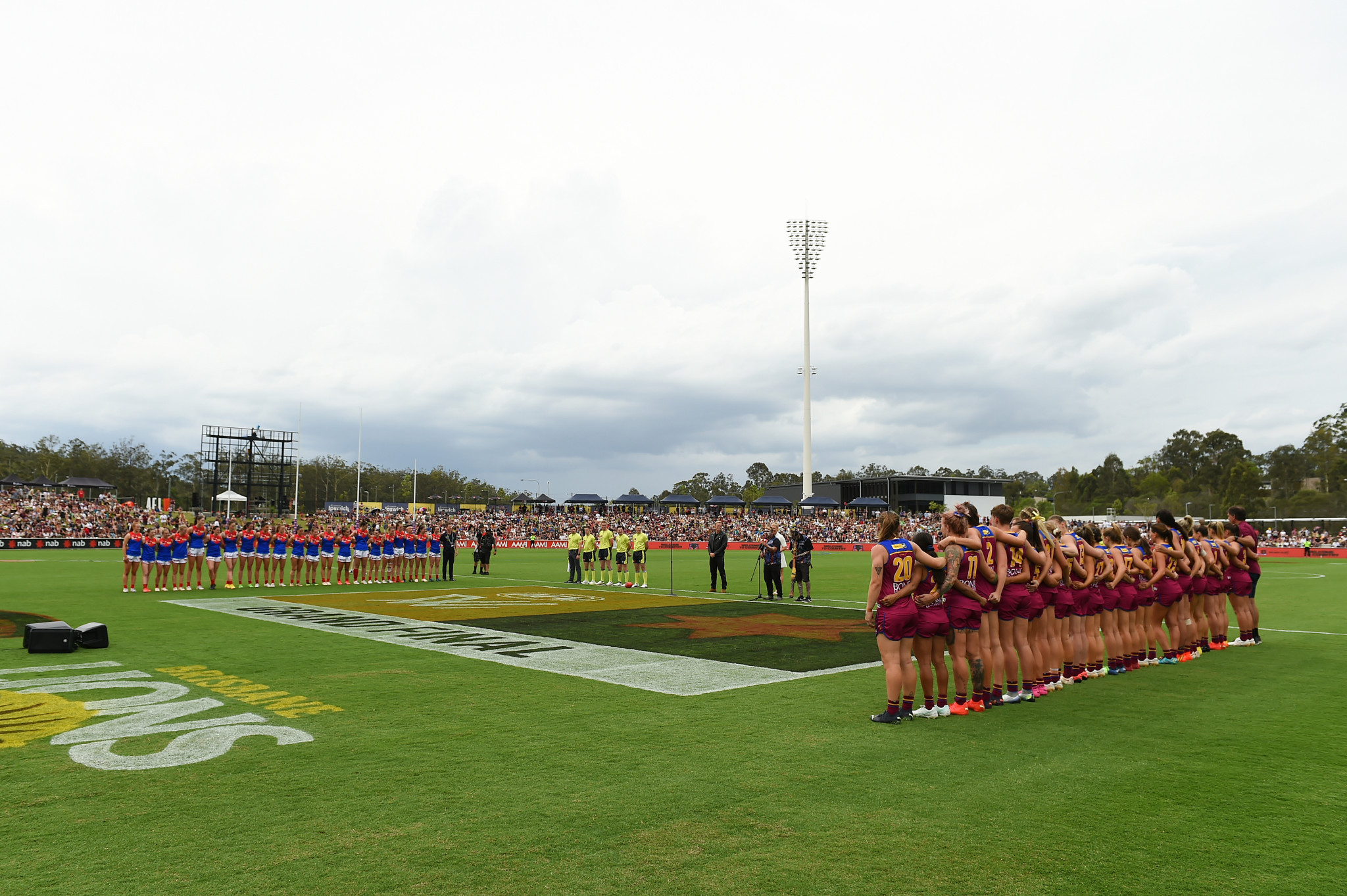 The Brighton Homes Arena in Springfield has held its opening match in the form of the Australian Football League Women's (AFLW) Grand Final, billed by Queensland Premier Annastacia Palaszczuk as "the first completed Olympic venue since the Brisbane 2032 announcement".

The 8,000-capacity stadium is a potential host of modern pentathlon events at the Brisbane 2032 Olympics, although the sport's place at the Games after Los Angeles 2028 remains at risk.

"This is a fantastic investment in women’s professional sport and the local community," she said.

"When the Brisbane Lions finished on top of the AFLW ladder to win Grand Final hosting rights, we pulled out all stops to make sure the ground was ready for today's decider.

"I'm excited Queenslanders get to be part of history with the Lions chasing an AFLW Premiership for the opening game of Australia's first purpose-built stadium for a professional female team.

"Earmarked as potential host for modern pentathlon, the ground is also the first completed Olympic venue since the Brisbane 2032 announcement."

The Brighton Homes Arena was described by Queensland Sports Minister Stirling Hinchliffe as "a multi-purpose training facility for elite female and male athletes that can also be used by the community", featuring a 50-metre indoor training field, kick room, gym, float tanks and recovery pools.

It was designed by local architects Populous and built by Hutchinson Builders.

Brisbane is set to become the third Australian city to host the Olympic Games in 2032 and the second to stage the Paralympics.